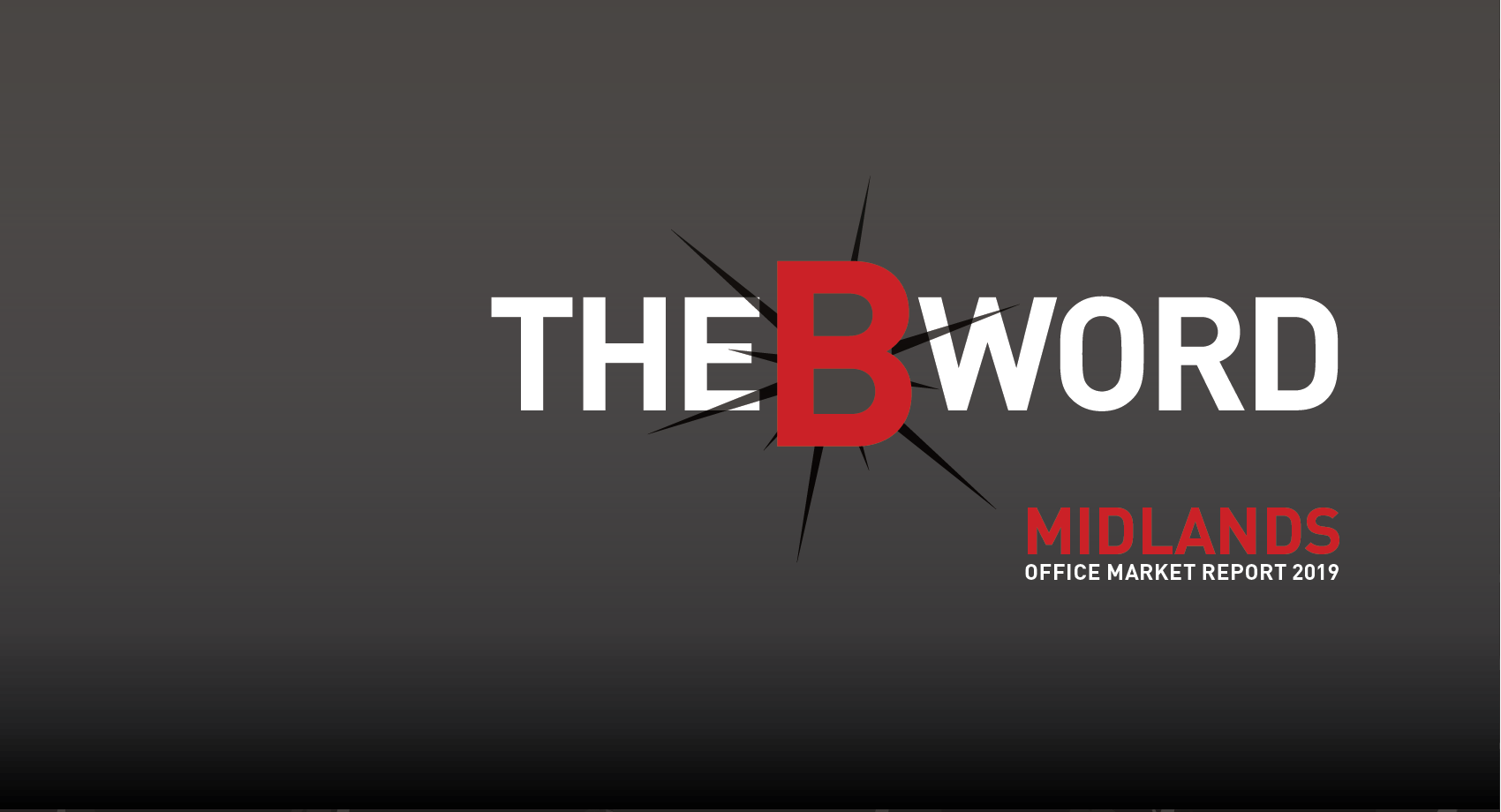 Our latest report reveals that the Midlands office markets* have remained resilient in the face of continued Brexit uncertainty throughout the first half of 2019, and while Birmingham has led the way for development and rental growth, attention is turning to other key markets across the region.

Occupier activity during the first half of 2019 has been solid, if unspectacular, across the region’s seven key markets combined - a respectable result given the cloud of Brexit uncertainty that has hung over the market.

Birmingham continues to lead the way, however, with city centre and out of town markets performing strongly. Q1 take-up of 194,000 sq ft in the city centre was the second highest for a first quarter on record, fuelled by two major deals comprising the Commonwealth Games Organising Committee’s 72,261 sq ft sub-lease at Brindleyplace and Irwin Mitchell’s 46,750 sq ft lease at The Colmore Building. Out of town, take-up was at its highest in nearly four years (119,000 sq ft).

Overall supply in the Midlands has stabilised at a record low of 5.9m sq ft since the end of 2018, and although once again, it is Birmingham dominating overall office development in the region, accounting for 70% of the 1.3m sq ft currently underway, encouragingly, speculative development is making a long-awaited returned to Nottingham, Leicester and Coventry.

“With Q2 set to deliver another impressive level of take-up, and some very large lettings in the pipeline across Birmingham, Nottingham and the wider Coventry market, take-up in 2019 is likely to be ahead of trend for the region as a whole. Active demand is also resilient considering the uncertain environment, boding well for the remainder of the year.

“The surge in demand from serviced office providers is reflective of increasing occupier demand for quality and flexibility. More than ever, occupiers are focusing on their space as a magnet to attract and retain staff, and add real value to their business and we expect to see a growing number of landlords go beyond convention to stay ahead of the game.”

With regard to the investment market, since the extension of the UK’s planned Brexit departure, we have seen fresh impetus in Birmingham at the prime end of the market with a flurry of big ticket deals pushing total volume to £320m; the highest since Q1 2017.

In June, Gulf Islamic Investments purchased Priory Court & The Lewis Building for £149m (NIY 5.75%); the largest office investment in 2019 to date outside London. Q2’s other headline news was Tristan Capital Partners’ acquisition of the development interest in 103 Colmore. The £80m financing deal with Apollo brings forward the development of the city’s tallest office tower and signals a huge vote of confidence in Birmingham.

That said, investment has been subdued across other parts of the Midlands throughout 2019 to June with just two deals in excess of £5m taking place outside of Birmingham city centre.

Although overseas and institutional investors continue to dominate volume, local authorities now make up a small but nonetheless important part of the demand profile in the wider region. Over the past 12 months, eight local authorities have purchased stock in Nottingham, Coventry and Northampton with lot sizes ranging circa £5-£15m.

“As and when greater certainty does arise around Brexit, the Midlands markets are well positioned to benefit from asset management plays. Growing evidence of rental growth for refurbished stock should in time translate into greater investment exposure towards these sorts of opportunities, particularly among yield driven buyers.

“It’s only a matter of time before the trends we’re seeing in Birmingham extend to Coventry, Nottingham, Leicester and the like. As such, there is an opportunity for developers and investors to grasp the nettle and make sure they’re well positioned to take advantage of these changes when they come. With Coventry named as the UK’s City of Culture for 2021 and Birmingham hosting the 2022 Commonwealth Games, the region has a rare opportunity to showcase everything it has to offer on a global stage; and this can only be good news for our ever evolving office sector.”

Birmingham office market ends year with a bang News Our latest Office Market Pulse reports that Q4 2018 was by far the best quarter of th...