Richard Corby, Director at LSH’s Leeds office, said: “NIC’s recommendation is a welcome endorsement of a project that will be pivotal in establishing the Northern Powerhouse as more than just a moniker and help it deliver on its real potential to be the economic growth initiative that can truly rival London and the South East.

“To get people out of their cars and to allow the M62 to operate as it should, the rail offer has to be compelling, and so HS3 has a vital role to play.

"There is, however, still some concern over the timescales for delivery of the project, because the HS2 network will be delivered first. We believe it is more important for the success of the Northern Powerhouse cities from Hull to Manchester for HS3 to be progressed ahead of HS2. If the Powerhouse is to operate as a true network with specialist features appealing to different sectors, then access between the cities is key – as demonstrated by the established models in Germany and Holland on which it is based.

The funding to explore tunneled access between Sheffield and Manchester also opens up enormous opportunities to overcome the geographical separation that is costing both cities dear.

Richard added: “It is only when we have a truly 21st century transport network spanning the whole of the north of England that the Powerhouse can reach its true potential.” 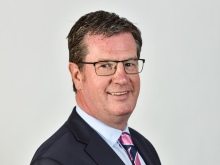