Newcastle’s occupier market saw a significant slowdown in the first quarter of 2016, as leasing activity fell dramatically in the midst of uncertainty ahead of the EU referendum in June.

LSH’s latest Newcastle Office Market Pulse has revealed that occupier deals in the city’s central office market decreased to just 29,250 sq ft, representing a fall of 39% compared with Q1 2015, whilst out-of-town take-up fell 43%. As occupiers look to consolidate their holdings in light of current uncertainty, LSH’s research also revealed that there were 16% fewer deals across the region, with the average transaction size falling from 6,799 sq ft, to 4,668 sq ft.

In spite of this slowdown, the market is expected to benefit from several significant unsatisfied requirements over the next quarter. The city has also seen a 4% rise in employment growth, which is hoped to stimulate further occupier demand throughout the remainder of 2016.

Mirroring the occupier market, Newcastle’s investment market has also experienced a slow start to the year, with investors seemingly taking a more cautious approach as speculation over a possible Brexit continues to intensify. Investment volumes slowed to £35 million over the first quarter, compared with £62 million of transactions completed in the previous quarter. In part, the high volumes traded in the previous quarter have reduced the number of tradable assets available to investors, whilst a limited supply of new stock coming to the market should signal a continuing lack of investor appetite in the second quarter.

Reflecting on the city’s commercial market in Q1, Neil Osborne, Director of Agency and Investment at LSH's Newcastle office, comments: “A perceived lack of certainty ahead of the EU referendum on 23 June is clearly beginning to impact commercial property levels in Newcastle and the surrounding region. Our Q1 report indicates that both occupiers and investors are keeping their cards close to their chest until it is clear what the possible impact of a Brexit might mean for them. We believe that as more clarity emerges, we should see more deals taking place towards the tail end of the second quarter.” 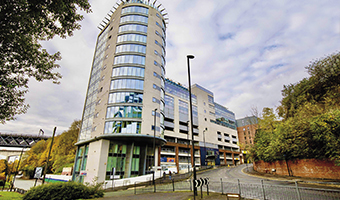