As the year draws to a close we can reflect on a genuine upturn in the UK’s economic performance over the last 12 months.

As the year draws to a close we can reflect on a genuine upturn in the UK’s economic performance over the last 12 months. Notwithstanding the worries over the nature of the current recovery, the fact that we are seeing a recovery cannot  be disputed. We have seen three quarters of strengthening GDP growth, with all three main sectors – services, construction and manufacturing –contributing to growth. In addition, data from the PMI surveys and the consumer and business confidence indices is more positive than it has been since before the recession. This provides further evidence that the economic outlook has improved markedly.

However, the concerns over the type of recovery we are experiencing do remain in place. At present the main driving forces behind this growth have been an expansion in household spending and a growing housing market. Moreover growth has been concentrated in the wealthier parts of the country, in London and the South East. Therefore, the worry is that the growth we are experiencing is only an illusion – fuelled by cheap money and debt – and that when this runs out we will be back to square one.

There are some positive indications though that the recovery is poised to broaden out to encompass business investment and exports, which would reduce the reliance on the consumer and the housing market. Business investment is forecast to grow as the increasing confidence feeds through into decision making regarding new equipment, upgrading premises, taking on new staff etc. While, the export outlook is also seen to be positive: most firms are reporting growing order books, and the gradual stabilisation in the Eurozone and expanding US economy is also good news with regard UK export growth.

The forecasts are that the economy will grow by 1.4% this year before a return to trend growth in 2014 of between 2% and 2.5% per annum. This is much better than was expected at the start of the year but we will have to wait to see how sustainable the recovery proves to be, especially when the current loose monetary policy finally begins to tighten.

Optimism in the commercial property market

The latest data from the property markets mirrors some of the positive news we have been seeing in the economy as a whole. The IPD quarterly digest shows that all segments of the market are seeing growth in capital values and it is the first time since June 2010 that we have been able to report this.
In the regional office markets, IPD are also reporting that average rents are growing for the first time since June 2008. This encouraging news reflects an uptick in occupier market activity and most of the major regional centres like Manchester, Leeds, Birmingham and the Thames Valley centres are on course to exceed 2012 take-up levels. With very little available new stock in these markets we expect prime and average rental growth in 2014.

The industrial market is also performing well and has shown an improvement in comparison with 2012. Some markets have already seen rental growth of up to 10%, as supply has tightened after very low levels of development over the last four to five years. Some developers have now started to build speculatively though, and this is something we expect to continue and accelerate in 2014.

On an aggregate level retail remains the worst performing asset class, and outside the South East retail rents on the high street and in shopping centres and retail warehouses are still in decline. However, the improvements in the economy should feed through to the retail market in terms of increased sales and consumer spending. The retailers that have emerged from the downturn will be able to capitalise accordingly and we expect a better year in 2014 for the market as whole. However, there remain some parts of the market that will take much longer to regenerate, especially where there is now a structural oversupply of retail space because of retailers going bust or reducing their footprint.

In the investment market, the greater optimism over the recovery has encouraged investors to broaden their horizons, both in terms of asset quality and location. Regional markets have seen an increase in activity and investors are more willing to buy secondary buildings with asset management potential, as they price in future rental growth and increased occupier demand for their assets. As a consequence, the major limits on the market are currently supply rather than demand based. Total investment for 2013 should be between £35bn and £38bn, which would represent a 15-25% improvement on the 2012 total of £30bn. 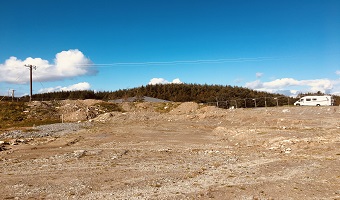 Will housing design in Ireland change in a post-Covid world? Viewpoint Philip Lennon, Associate Director of Valuation at LSH, discusses the possibility that... 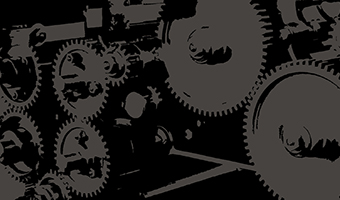 Transport and Logistics Sector Spotlight Viewpoint Many industries and sectors have had challenges to deal with since the arrival of Cov...