Devolution may be our alpha-bet

If you had to name just one company as the poster child of innovation, you’d be hard-pressed to think beyond Google.

Find out more
Jump to section
“We’ve long believed that over time companies tend to get comfortable doing the same thing, just making incremental changes. But in the technology industry, where revolutionary ideas drive the next big growth areas, you need to be a bit uncomfortable to stay relevant.”

So wrote CEO Larry Page in response to the announcement recently that Google plans to radically shake up its business structure. The ubiquitous search engine has, effectively, been demoted to being a subsidiary of a holding company, Alphabet, implying that it will no longer be the company’s principal focus.

The announcement made front page news across the technology and financial press, but did it resonate with you? If not, the story is well worth a second look. You don’t have to read too far between the lines to see the subtext: Google is diversifying, and it has set its sights on the property industry too.

As part of Google’s restructuring, the company has separated its core search and advertising company from the growth businesses which it sees as its future. Many of these businesses are involved in Smart Building and Smart City technologies and have huge potential to shape our industry.

For example, Google’s Nest team has been producing self-learning, energy-efficient thermostats and appliances for smart buildings since 2011. Up until now the market has primarily been focused on domestic applications, and I know that it’s something that my colleagues at Countrywide are looking at seriously. Yet as the technology matures and is adopted in commercial property, the impact of smart energy use could be enormous as it drives a significant reduction in building running costs.

Consider one of Google’s ‘moonshot’ projects: driverless cars. In the not-so-distant future autonomous vehicles may have cut the number of cars on our roads by 50%. How will this affect investments in transport infrastructure, commuting patterns and the viability of development sites?

Smart technology and the ‘Internet of Things’ has the potential to change everything.  But new technology isn’t the only challenge that will require innovative responses from our sector.

Perhaps not quite as exciting as driverless cars, but a lot closer to home, are the government’s plans for greater local autonomy, laid out in the Cities and Local Government Devolution Bill.  Devolution provides an unprecedented opportunity for us to shape the future of the UK.

The potential for radical change at the local government level has the power to affect the planning process, create new revenue streams and revitalise our high streets and town centres. The property industry needs to respond to this opportunity and position itself at the forefront of this debate to drive prosperity in the UK.

That’s why we've launched the Lambert Smith Hampton Enterprise Award. In its inaugural year, the £15,000 award asks entrants to consider how innovative thinking from the property industry make devolved government a success, whether by creating new income for local authorities, realigning incentives to kick-start regeneration projects, tackling local housing shortages or any of the myriad other challenges facing the sector.

Award entries will be judged by Sir Eddie Lister, Tom Bloxham MBE, Melanie Leech, Waheed Nazir, Liz Hamson and myself, and we hope to encourage the most enterprising, creative and best thinking our industry can offer.

Google’s announcement shows that as an industry we need to constantly look to the future. We hope you will consider entering and that, as a result, the Award plays its own small part in fostering enterprise and innovation throughout the sector.

To find out more about the Enterprise Award, or to submit an entry ahead of the 30 September deadline, visit www.lsh.co.uk/EnterpriseAward 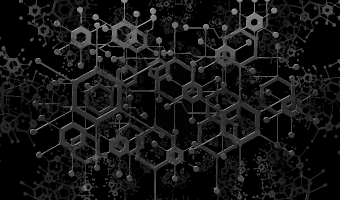 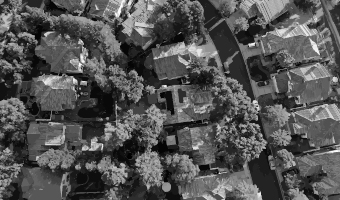