Investment in the North West commercial property sector during the second quarter of 2014 totalled a staggering £1.09bn - a 295% increase on the first quarter of the year – our Q2 edition of UK Investment Transactions has found.

The latest edition of Lambert Smith Hampton’s UK Investment Transactions report reveals that investment in the region over the past 12 months reached £2.16bn – a level not seen since before the start of the 2007/08 financial crisis.

Office sector accounts for 51% of total investment activity in Q2

There was a marked increase in activity across all asset classes but in particular, a significant improvement was seen within the office market which accounted for 51% of total investment activity in Q2 2014 with £561.8m worth of transactions, compared to £95.35m on the previous quarter. However, this was largely due to the sale of 1 Spinningfields Square and City Tower. Boosted by the Golden Square Shopping Centre deal, the retail and leisure sector accounted for 36.3% of total investment activity with £398.5m worth of transactions.

Once again, UK institutions were the largest net investors into the North West commercial property market, accounting for 76% of total investment volumes in Q2 2014. Such investors are traditionally more active in the regions than overseas investors, whose activity levels remained the same this quarter but the value of sales increased by 40% to £95.1m on the previous quarter.

Positive outlook for the remainder of the year

Abid Jaffry, Director and Regional Head of Capital Markets at Lambert Smith Hampton commented: “This quarters figures have been punctuated by very large deals but overall the pick-up and shift in investment activity over the last few months means we have seen a fundamental change in the market: deal volumes are up; investors, especially UK institutions, are much more active in the regions; and the regions still offer better value compared to an over-heated London market.  The growing appetite for property funds from retail investors has played an important role in the current market dynamic.

As the opportunity to acquire grows and the rate of investment across the region continues to develop rapidly, the outlook for the remainder of the year remains extremely positive with investment volumes look set to continue at a pace.” 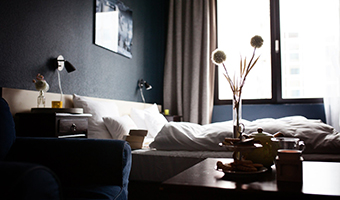 Hotel market: Staying afloat Research How COVID-fuelled staycations have led to a divergence in the performance of UK hotel...

How will you be affected by the 2021 business rates revaluation? Research Occupiers of industrial and logistics premises to expect a significant hike in busine...