The UK office market took its first steps towards recovery after take-up reached 5.5m sq ft in Q1 2010, already a third of the total amount (17m sq ft) transacted in the whole of 2009.

These findings come from our National Office Report 2010; the industry’s most comprehensive compilation of office market data, analysing 37 UK locations and capturing two thirds of the UK’s office market stock.

Central London continues to lead the market, accounting for nearly 62% of the activity in Q1 after transacting 3.4m sq ft. This is the highest quarterly take-up the Central London office market has seen in five years and represents an increase of more than three times the take-up achieved in Q1 2009.

Tony Fisher, National Head of LSH’s Office Agency, said: “Central London is expected to continue to dominate take-up across the UK, before the recovery spreads out to the provincial office markets during the next 12 to 18 months.

“It is estimated that UK rental values will fall slightly during 2010, with the exception of Central London where values are set to improve throughout the year. This year is set to be the last year of decline for the market as a whole. Growth, albeit weak, is expected in 2011, followed by continued recovery in 2012/13, with a return by 2014 to the prosperous rental growth rate achieved in 2006/07.”

Imbalance between supply and demand could spell trouble ahead

Reflecting a growing trend, nearly 48% of all take-up was for Grade A space. However, only 22% of stock currently available on the market is Grade A – 25% of which is in Central London – this imbalance between supply and demand could spell trouble ahead, particularly given the severe lack of development which took place throughout 2009.

• Highest availability is in the South East (17.1%) - excluding Central London

• The North and South West follow with an availability rate of 15.9%

Second hand stock must be refurbished to prevent market stalling

Predicting the UK office market’s ability to continue to progress out this downturn, Tony concluded: “The market will continue to recover as long as vacant second hand office space is refurbished to meet the requirements of the next generation of occupiers, rather than allowing the market to stall while brand new Grade A space is being constructed.” 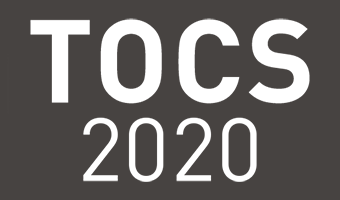