We have invested in the growing warehouse and distribution market in the West Midlands by expanding our industrial team.

Douglas Harvey and Daniel Rudd have joined the Birmingham industrial team as graduate surveyors as LSH continues to support new talent. They will work alongside director of industrial agency, Matthew Tilt.

Douglas joins LSH from Peel Land and Property in Manchester where he was an assistant land agent. He also spent a year on placement at Knight Frank in Birmingham where he focused on the industrial sector. Douglas gained a degree in Rural Property Management at Harper Adams University after returning to study as a mature student.

He said: “This is an exciting time for me to be returning to the industrial and logistics market. There is a huge amount of activity in a rapidly evolving and sophisticated sector given the new developments in technology and consumer spending patterns.

“I’m very pleased to be working in Birmingham again and it’s great to see how much the city has moved on in the relatively short period of time since I was last here.”

Daniel joined LSH on their Graduate Scheme in September 2017 after gaining a first class degree in Real Estate at Birmingham City University.

He said: “I have enjoyed rotating between departments within the Birmingham office, but my most enjoyable time has been spent in industrial agency and I am delighted to commit my future to this team working in such an important and dynamic sector.”

LSH delivers as parcels firm moves into warehouse News One of Europe’s leading parcels companies is expanding its West Midlands operations a... 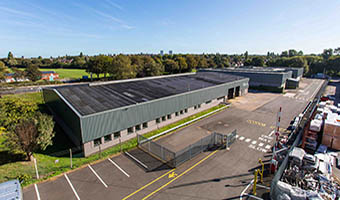