Lambert Smith Hampton in Belfast has repeated last year's feat of topping four categories in the prestigious EGi Deals Competition for 2016, once more being named the overall regional winner and most active property agent in Northern Ireland.

Every year EGi, part of industry bible Estates Gazette, compiles rankings across all property types and all regions of the UK based on the number of deals conducted by each agent.

The agency has been the dominant agent in the region since it took over BTWShiells in 2014 and it is the 10th time that Lambert Smith Hampton and its predecessor has topped the list in Northern Ireland.

In 2016 the company led the way in four of the five main property sectors – Office, Retail, Investment and Industrial – also securing second in Leisure.

Keith Shiells, Director of Lambert Smith Hampton said: “Last year was a strong year for LSH across all divisions of our business and we are pleased to receive this recognition from Estates Gazette.

“Whilst the uncertainty of Brexit and the recent collapse of the Stormont Executive has undermined business confidence, the commercial property market has proven remarkably resilient.”

He added: “As our recent Retail Report highlights Belfast city centre has recovered strongly since the financial crisis in 2008. The number of vacant shops has reduced substantially and retail rents are rising aided by significantly reduced rates.

“Whilst the office market has stalled somewhat in the aftermath of Brexit there are a number of large scale requirements.  The challenge for the market is a limited supply of quality space and the difficulty in securing development finance.

“Two areas where there is significant development activity is the hotel sector on the back of a growing tourism and leisure economy and student accommodation with the impending relocation of the new Ulster University into central Belfast.” 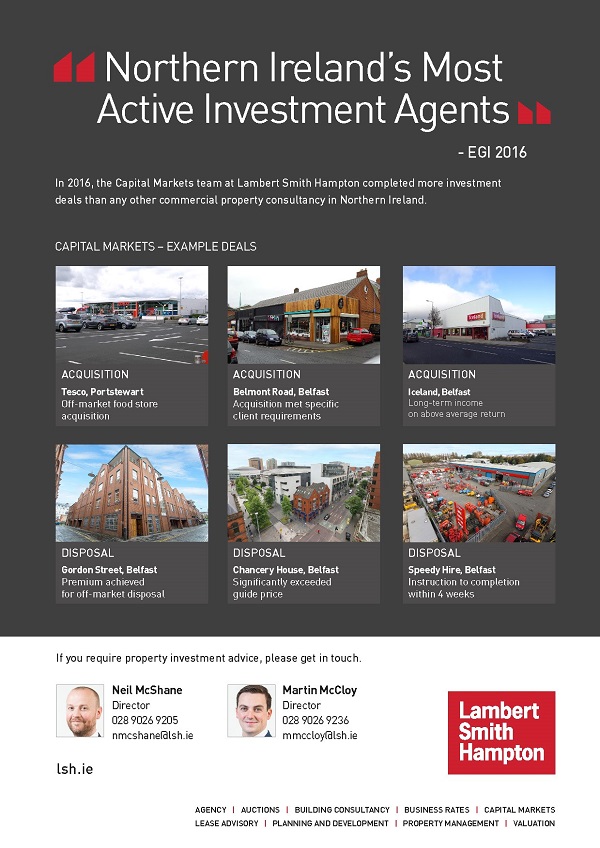 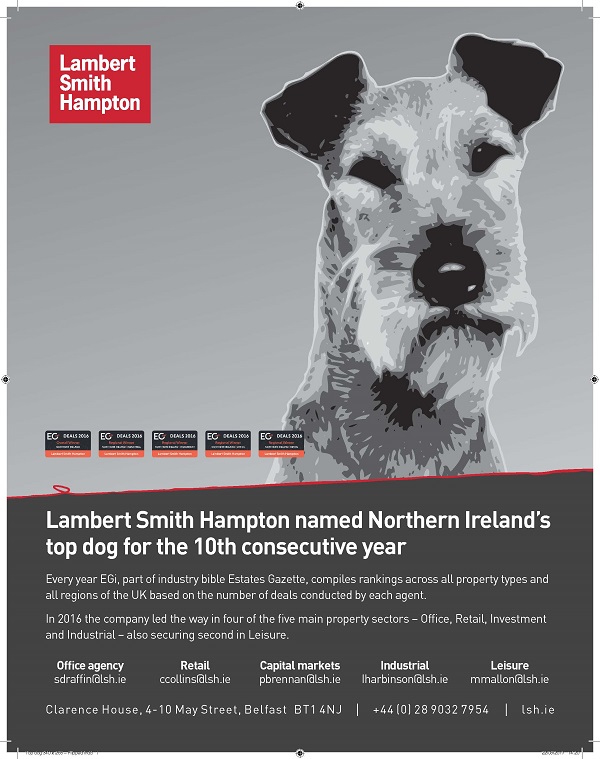 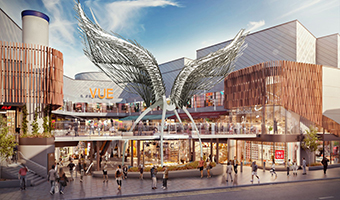 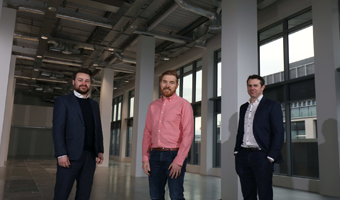 Chichester House: LSH completes one of the largest office deals in Belfast this year News Lambert Smith Hampton has brokered a deal between Rapid7 and Causeway Asset Managemen... 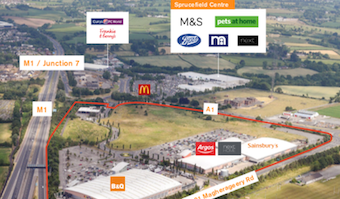