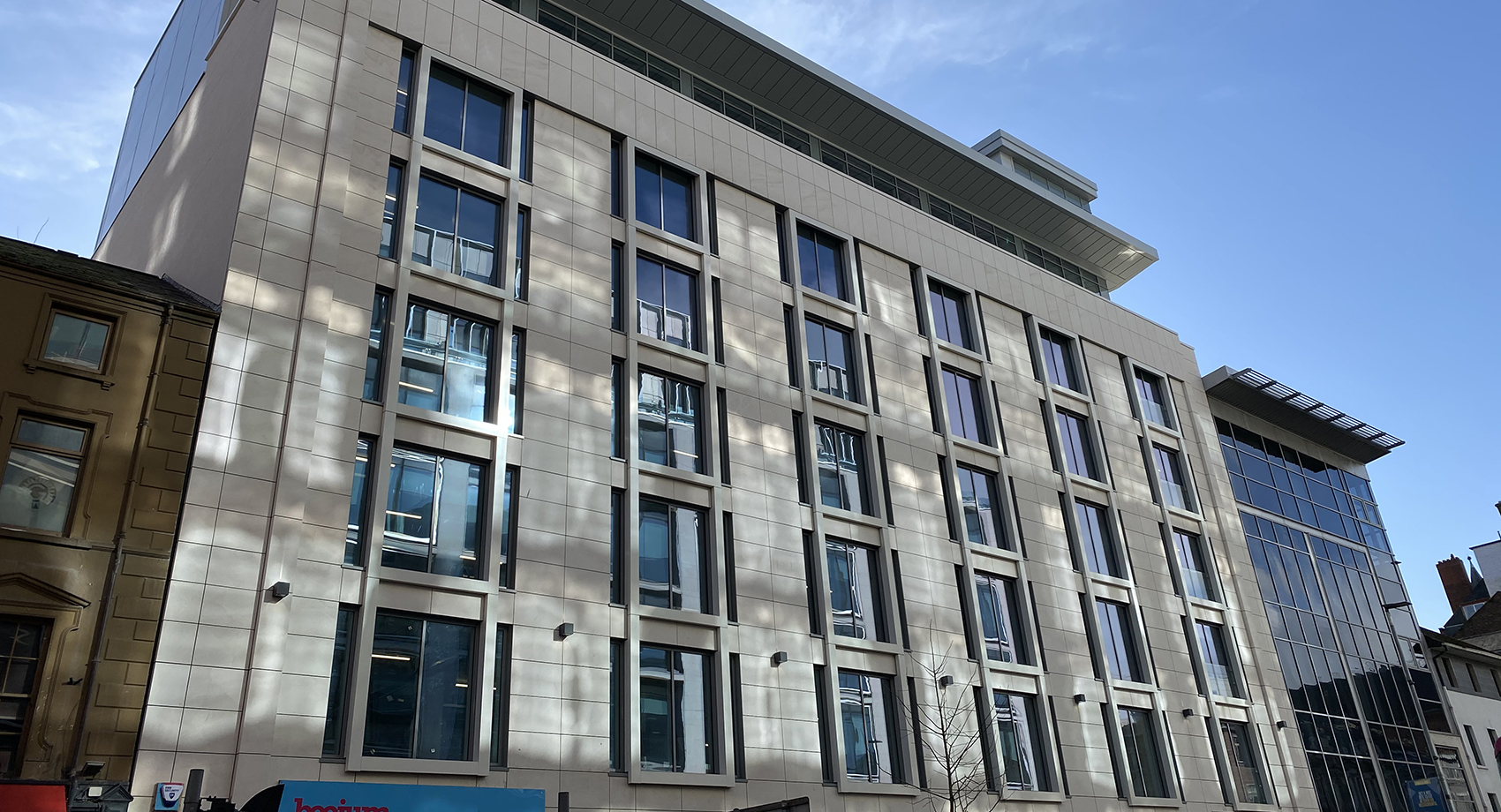 Chichester House: LSH completes one of the largest office deals in Belfast this year

The Boston, Massachusetts-headquartered company, Rapid7, has signed a 10-year lease with Causeway Asset Management as part of their ambitious, ongoing growth strategy in Northern Ireland.

The new Belfast home for Rapid7 comprises approximately 50,000 sq ft of top quality, modern office space in the city’s central business district following a full redevelopment of the building’s existing six storeys, an extension to the rear and the addition of two new upper floors.

The project by Causeway Asset Management represented an overall investment of £9 million and work on the refurbishment and development of the scheme has just completed.

Rapid7 operates in over 120 countries worldwide and has over 9,000 customers across the globe.

The company develops cybersecurity solutions to reduce risk, stop attacks and assist companies in advancing their security processes. A significant international name in the world of cyber security, Rapid7 currently employs roughly 1,500  globally with an existing team of over 170 in Belfast. The company plans to double its workforce in the Belfast region by adding 200 new roles in engineering, development, and customer advisors, among others.

“We are pleased to have led one of the largest office deals in Northern Ireland this year. Rapid7 is an excellent company which has recognised the high quality talent we have in Belfast and as a result it has made a significant reinvestment in the city.

“There is a lot of confidence in the Belfast market at the moment, both from a commercial and residential perspective. Belfast has its eyes on the specialist area of cyber security and already it is the world’s number one location for US-based investment in the sector according to FT fDi Intelligence. This evolution is expected to generate a heightened level of investor interest that will benefit the whole city in coming years.”

“Rapid7 is committed to investing in the company’s global expansion, particularly in areas with impressive technical talent such as Belfast,” said Jamie Kinch Vice President of Real Estate and Workplace Experience at Rapid7. “Causeway Asset Management understood our vision and expansion goals and truly partnered with us to develop the right solution for our future success in Belfast.”

Damian Mitchell, director at Causeway Asset Management, said: “We have been working with Rapid7 over the last year to create an office space that will work for them in the long term, with the flexibility of scale to accommodate their exciting and ambitious plans for Belfast. They have been an excellent team to collaborate with and we have changed several design features during the build process to suit their requirements.

“The completed building is one of the best-connected office spaces in Belfast as proven by its Platinum WiredScore rating; the first to be given to a building in Northern Ireland by the internationally recognised commercial real estate rating scheme for digital connectivity.

“We always wanted this office space to be one of the best in the city and wherever Rapid7 lay roots they require the highest level of connectivity possible. We’re very proud to provide a building in Belfast that is recognised as being on a par with other international tech hubs.” 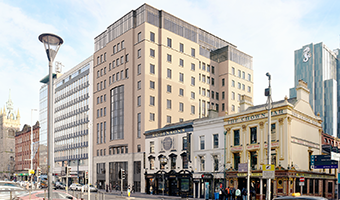