Easing the burden of Rating Revaluation in Wales

There have been significant column inches about the 2017 Rates Revaluation over the last month, driven by increases in Rateable Values (RV) in the South East.  This has led to a UK Government promise to consider using the budget to help ratepayers in England.  But what is the picture in Wales?

The Welsh Government has promised assistance for small businesses but the assistance may be too little, too late, for many ratepayers.

In England a ratepayer occupying premises with a RV of under £12,000 pays no rates. In Wales the threshold is £6,000. The RV effective from 1 April 2017 is based on rental levels as at April 2015.  As a result, if a RV has risen, it is because rental values have risen.  However, RV, and more particularly rates payable, have skewed rental levels.

Because of small business relief, the occupier of 52 Stepney Street will pay £212 per annum in rates from April 2017, as opposed to over £7,500 this year. However, the occupier of No 34 Station Road will see their rate bill rise from around £400 per annum to over £4,000. The shift in rates liability bears no proportion to the shift in value.

The RV can be challenged by appeal, but even a business enduring a 10 fold increase in rates has to pay those rates until the appeal succeeds. A solution would be to freeze increases whilst the appeal process is ongoing. Another would be to raise the threshold at which rates are payable in line with England.

I hate to suggest that a business which has been burdened with a high rate bill should not benefit immediately from the reduction it is due. However, the freezing of rate increases could be funded by making the reduction in rates gradual rather than immediate.

In the case of Stepney Street, the business enjoys an immediate windfall of over £7,250 per annum. The rent may well rise because of this, but that rise will be in the future. The business in Station Road suffers the increase in rates immediately and any resulting reduction in rent will only follow through some years later.

The Welsh Government has established transitional relief to ease the burden on the smaller retailers.  This will phase the increase over a period of four years.  Further reliefs are promised which will reduce the rate burden by another £500. Neither will be sufficient to prevent businesses closing. The Welsh Government needs to look again at the proposals for transitional relief for small businesses and they need to do it very quickly.

A UBR rose by another name? News

LSH'S Professional seven News LSH has expanded and improved its Professional Services division with a series of new...
View all content 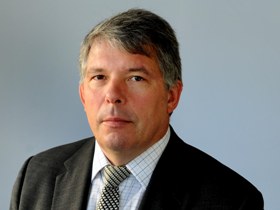