A UBR rose by another name?

Like most government announcements, once the rhetoric of delivery has subsided, the substance of the content starts to emerge. Beverley McDougall, Director of Business Rates at Lambert Smith Hampton, separates spin from substance.

Following the Chancellor’s announcement on 5 October 2015 that the Uniform Business Rate (UBR) multiplier is to be abolished and local government is to retain 100% of local taxes there are more questions being posed than answers.  Both local government and business are right to view the proposals with a degree of caution until there is further understanding of the mechanisms and complexities that this transfer of funding will bring.

The Autumn Statement 2015 contained in the “Blue Book” reiterated the Chancellor's pledge but failed to clarify any of the questions, other than stating that there will be consultation in 2016 on how the system of local government finance will change to pave the way for 100% business rates retention.

The Government is committed to retaining fiscal neutrality. With the anticipated polarisation in rateable values between the North and South of England resulting from the 2017 revaluation, the replacement to UBR could necessitate some politically unacceptable, geographic spikes and dips to retain the neutral base which, in turn, will engender much uncertainty - or is it likely to be a UBR rose by another name?

Here are the facts:

Government extends business rates retail discount to 100% News A selection of retail properties with a Rateable Value of less than £51,000 will qual... 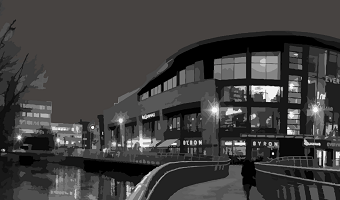