Urban Splash, a developer that specialises in regenerating derelict and disused buildings, has acquired The Civic Centre, a 144,000 sq ft office building in Royal Parade/Armada Way, from Plymouth City Council for an undisclosed sum.

The grade II listed building, which dates back to 1962, has been void since last year, when staff from the authority’s legal and democratic services became the last to vacate it. At its peak, the building housed more than 1,000 council staff.

LSH will manage the building, which was granted listed status in 2007, while the developer considers its options for alternative uses. LSH also manages the Royal William Yard in Plymouth on behalf of Urban Splash.


Darren Clarke, head of property and asset management at LSH Bristol, said: “The Civic Centre is a landmark building in Plymouth and its future use is now assured with Urban Splash’s acquisition. We are delighted to have been appointed to manage it and we’ll be working closely with the developer as it draws up its plans for this iconic city centre building.”


LSH’s property and asset team is managing various aspects including health and safety risks, inspections and liabilities, right through to the point at which redevelopment commences. 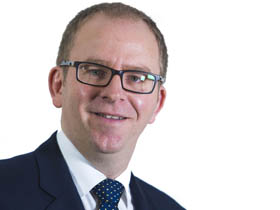