To break or not to break - lease advisory viewpoint

To break or not to break? That is the question! Leo Silver from Lambert Smith Hampton’s valuation team explores negotiating new leases incorporating break clauses.

One of the key court cases for landlords and tenants in UK commercial property for 2015 was Marks and Spencer plc (Appellant) vs BNP Paribas Securities Services Trust Company (Jersey) Limited and another (Respondents).

The facts of the case were that Marks and Spencer had been granted an under lease of the third floor of a building known as ‘The Point’ in Paddington basin for a term expiring on 2 February 2018, and the rent was payable in advance on the usual quarter days. The tenant exercised its right, on 7 July 2011, in accordance with the break clause to determine the lease on 24 January 2012. The tenant then paid the quarter’s rent due on 25 December 2011.

The key issue in this case was whether Marks and Spencer could recover the rent it had paid in advance in respect of the period from 24 January to 24 March 2012 from the landlord.  In this case, the lease provided that if Marks and Spencer exercised the break, they also had to pay a premium of £919,800. Marks and Spencer argued that it was not fair to for them to have to pay the full quarters’ rent in addition to this premium.

The High Court ruled that there was an implied term in the lease that meant that Marks and Spencer should be able to recover the £1.1 million of rent paid for the period after the break date when they were not in occupation of the premises. This decision was overturned by the Court of Appeal and upheld by the Supreme Court on the facts that there was no express written clause in the lease entitling Marks and Spencer to a reimbursement of the rent it had paid for whilst it was not in occupation of the building.

In terms of negotiating new leases incorporating break clauses, it is expected that this aspect will receive particular attention and be hard fought by both parties.Tenants should be aware of the need to word the terms of the break clause to allow them to recover the balance of rent paid for the period after the break date if the break date falls between rent payment dates. 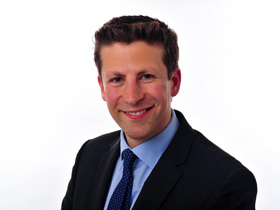