Ocado on the menu for Amazon?

Amazon may be looking to takeover Ocado, as shares in Ocado have fallen more than 66% since February 2014. It would now likely cost Amazon less to purchase the online grocer than to scale up its current grocery operation to offer a full food operation. Read more

Aldi has outlined plans to expand its Scottish store count to 72, with eight stores added to the portfolio over the coming year. The retailer’s workforce in Scotland will rise to c.2,500 under the expansion plans. Read more

A303 improvements move forward for Atkins and Arup

A joint venture between Arup and Atkins is developing a preferred option to improve traffic flow around Stonehenge on the A303. The work will be valued around £17.5m and will be taken to public consultation. Read more

The online retailer will offer a click and collect service backed by Connect Group’s Pass My Parcel service. It will be rolled out to 20 outlets initially with plans for national coverage. Read more

Lidl is opening a new 500,000 sq ft distribution facility. Over 500 new jobs will be created in Devon at the Clyst Honiton site. The site is owned by Sainsbury's and has consent in-situ for a 538,000 sq ft development. Read more 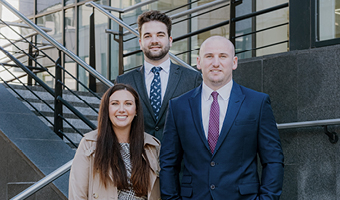 LSH Expands Industrial Agency Offering in Yorkshire News We continue to recruit specialist expertise to strengthen our Industrial and Logistic...
View all content