Acting on behalf of Bisley Office Furniture, Lambert Smith Hampton has completed the sale of its 10 acre Surrey site to Redrow Homes for more than £15 million.

The Queens Road site, which has been the manufacturing home for the eponymous Bisley brand for more than 70 years, has received planning permission for 110 new homes, of which 40% will be affordable housing.

Bisley will retain a Surrey office presence close by in Bagshot but it has consolidated its manufacturing operation to an expanded state-of-the-art production facility in Newport, South Wales.

Paul Dowson, head of Lambert Smith Hampton’s Guildford office, commented: “The sale and planning process was complicated by a number of issues including the green belt, rights of access and the Thames Basin Heath’s special protection area status, so we are delighted to have reached the agreement for our client, allowing them to expand production from their new facility. The development will bring much needed new housing to Surrey Heath”.

Jon Fletcher, managing director of Redrow Homes, Southern Counties, said:  “This is a great site in the heartland of Redrow Southern Counties. We are looking forward to commencing the build on site and hope to be in position to start selling much needed homes in the area in Spring 2016.” 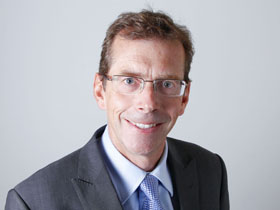