Land commission could kick start development in the North West

The creation of a land commission in the Greater Manchester region could help to kick-start the development of public sector land, according to Adam Mirley, Director in the Planning and Development Consultancy team at Lambert Smith Hampton's (LSH's) Manchester office.

George Osborne, the Chancellor of the Exchequer, announced in his Summer Budget (Wednesday 8 July 2015) that the commission will identify public land – including that owned by Network Rail and the NHS – that is suitable for house building and development in the area.

Adam said in theory it was a good idea – but the devil would be in the detail.

“It should enable a greater Manchester Authority to remove the red-tape that often holds back development of public sector land but until there is any detail it is difficult to say how helpful it will be,” he said.

“I think it’s a myth that many public sector organisations are hoarding good quality land that they don’t need rather than releasing it for development,” he said. “The cuts over the previous Parliament mean that most public sector organisations have already cashed in on good quality development assets and those sites left are less likely to be of interest to the house builders.”

Adam welcomed the Budget announcement that the new Greater Manchester Mayor would have responsibility for planning but he cautioned that such a move had the potential to make local political issues more important in planning decisions.

“Previously, a national appeal process meant that this could be taken out of the equation and decisions were based on planning issues rather than political or emotional issues,” he said. “The changes announced by the Chancellor mean that there is every chance that impartiality will be removed.”

However, Adam warned that the right to buy housing association homes was ill-thought out.

”It has the potential to distort the market and increase the housing shortage,” he said. “If housing associations are forced to sell their assets they’ll be expected to use receipts to rebuild and replace these assets.

"The property market and the planning system mean that this will not be a simple task and there will almost certainly be a delay in the replacement of housing stock, which will create difficulties, and housing associations will struggle to deliver the replacements at the pace they need.” 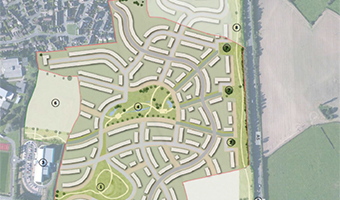