A golf club on the edge of Dartmoor National Park that dates back to 1895 has been sold to the Bovey Tracey Golf Club, LSH announces today.

LSH was appointed sales agent for Wrangaton Golf Club, in South Brent, Devon, after the club went into liquidation in January, following a decline in membership.

Gary Hooper, associate director at LSH Exeter, said there had been keen interest from golf clubs and owners as far away as Liverpool and the Home Counties, as well as enquiries from potential buyers who wanted to return the land to agricultural use.

“We were keen to maintain Wrangaton as a golf course because of its long and distinguished history,” said Gary. “To have lost it would have been a real shame for golf lovers and for the local area.”

It was sold as a going concern to the Barter family, who own Bovey Tracey golf club about 20 miles away. The sale price is undisclosed, although it was close to the £500,000 guide price.

Wrangaton Golf Course was established in 1895 and is a member of the 1895 Golf Association, which comprises 47 clubs that were formed in that year.

Until 1991 it was a nine-hole course but the acquisition of an additional 130 acres of open moorland, plus later purchases of 50 acres of adjacent farmland and woodland, the original nine holes became the front nine, with the back nine created in the parkland setting of the new area.

“It is a unique course with two distinct characteristics, which makes it such an important part of the local landscape,” added Gary. “The purchasers have years of experience as successful golf course owners, which means Wrangaton’s future is secured for the foreseeable future.”

Jane Barter, who’s family built the Bovey Tracey golf course more than 15 years ago, said there was huge potential for Wrangaton Golf Club to grow its membership. There will also be options for members of both clubs to have joint membership.

“We’ll be working closely with the members and getting a real feel for the club before deciding where any investment should be made,” he said. “It’s a beautiful course in a lovely part of the world, so I am confident that it will be a great success.” 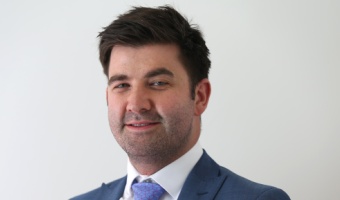