Lambert Smith Hampton has welcomed the announcement made by the Airports Commission today, which has increased the possibility of expansion at Heathrow.

The Commission’s recommendation mirrors the findings of LSH’s research report, UK Airport Strategy: Dicing with the property market, which concluded that the best option to safeguard the future of both the UK’s economy and some of our most important business locations and commercial property markets is to expand airport capacity at Heathrow Airport.

Tom Leahy, report author and Associate Director of Research at LSH said: "We welcome the Airports Commission’s decision which increases the possibility of expansion at Heathrow Airport over the Thames Estuary alternative, which would result in serious costs and damaging repercussions to West London.

"Over 100m sq ft of commercial property surrounding Heathrow, and in the Thames Valley and West London is at risk and its future very much depends on the Airport Commission’s recommendations on expanding airport capacity.

"There is a premium of 25-35% paid for commercial property within close proximity to Heathrow. If the Airports Commission recommended a Thames Estuary airport or a hub at another airport, Heathrow would inevitably have to close and the premium paid for property in the area would disappear overnight."

There is 30m sq ft of industrial space and 7.5m sq ft of office space in the Heathrow market alone, almost all of which is there because of the airport. Heathrow’s sphere of influence extends as far as Reading and Newbury in the west and along the M4 to Hammersmith and via the Heathrow Express to Paddington.

Resulting loss of between £7bn and £8bn

Tom went on to say: "The value of the tens of millions of square feet of office and industrial stock close to the airport is between £7bn and £8bn, so a conservative first estimate would put the resulting loss of value at between £2bn and £3bn. The impact of the closure would have rippled out to the west in the Thames Valley and the east of the airport in West London, causing the combined value of these markets to fall by many billions of pounds."

Expansion at Heathrow the best option

Tom concluded: "We still believe that Heathrow is the best option, both to safeguard and increase our international connectivity and to secure the future of one of the most economically productive parts of the country – West London and Thames Valley." 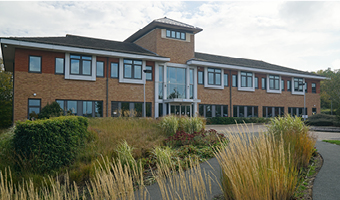