Next year new legislation that seeks to protect tenants and make it more difficult for landlords to recoup rent arrears comes into effect.

However John Bird, Director in Property Management at LSH, believes there could be winners from the change in the law. Here we take a closer look at the new CRAR regime that will come into force in April.

The relationship between landlord and tenant has not always been an easy one.

It is a marriage forged on the small print of a lease that can be the basis of a long and happy matrimony but can just as easily descend into something much less cordial.

Things have certainly moved on since Wat Tyler and his friends paraded the heads of landlords on spikes through the streets of London but the relationship has been under a new strain in the face of the economic realities of the last five years.

In many ways it has been a perfect storm for potential conflict between commercial landlords and their tenants.

Landlords have been desperate to maximise their assets, many heavily indebted having acquired at the top of the market and then watched on in horror as capital values headed for the basement. With yields taking a hit as rents have softened, landlords have been increasingly keen to make sure they receive every penny they are due.

But on the tenant side there are occupiers with pre-recession space commitments they can no longer afford at rents that are no longer viable – issues which can often be the difference between survival and going under.

From a landlord point of view, a lease is a lease and all measures should be taken to ensure the terms of the lease are adhered to although, if the tenant folds or absconds, then no rent is paid and the landlord is left with a void.

With all these factors in mind there has been an era of compromise, increased mutual understanding, call it what you will, as landlords and tenants have understood that working together is often the best policy for the both parties. But ultimately this is not always possible.

In the past, if all else fails, landlords have been able to send the bailiffs in to seize property to settle any debt, be it rent arrears or any other debt that has been incurred under the lease, under the Law Of Distress that, while last tweaked in 1908, has struck a fair balance for both parties for generations according to many in the property community.

However, from April next year the Commercial Rent Arrears Recovery (CRAR) regime, enacted under the Tribunals,Courts and Enforcement Act (TCEA) 2007, is set to come into force and - according to John Bird from Lambert Smith Hampton’s Birmingham office - it could well tip the balance unnecessarily in favour of the tenant.

“Basically this has come about because of the over-zealous behaviour of some bailiffs on the instruction of landlords which has sought to rebalance the rights of both parties but at present it is difficult to reach any other conclusion other than the new regime will ultimately make it more difficult for landlords to recover the money that is outstanding to them,” he said.

Under the proposed CRAR scheme, landlords will still be able to instruct bailiffs to enter a property and seize goods but with some significant changes than under the current legislations.

The most significant changes are that the landlord must give at least seven day’s notice to the tenant before a bailiff can be instructed, there are significant restrictions on the goods that can be seized – for example goods deemed critical to the running of the business cannot be seized - the debt must be greater than seven days before enforcement action can be taken and the CRAR scheme cannot be used if any element of a building is residential.

CRAR can also only be used to recover unpaid rent and associated VAT and interest but not other outstanding debts such as insurance or service charge.

All told this undoubtedly puts the landlord at a disadvantage when trying to hold a leaseholder to account, said Mr Bird. He said: “There are a number of issues with the new scheme but one of the major factors is the delay in the process. If a tenant is given seven days notice of action and then another seven days to pay the arrears then the element of surprise has been lost and moves can be taken to remove goods from a building.”

Despite significant concerns from across the property community, the CRAR scheme is set to come into effect on April 6 next year and, Mr Bird said, it is important that landlords act now to ensure they are as prepared as possible for the new regime next spring.

He said: “It seems pretty obvious but what is absolutely essential is that landlords deal with outstanding matters in the next few months under the current legislation so that they are not carrying problems over to the CRAR regime where they may still find the redress they are looking for but it is likely to be significantly more difficult.

“It is important that landlords look to recover all arrears now – both rent and other outstanding debt – and ensure issues like insurance renewal and any ad hoc charges that might come in an end of year reconciliation are brought forward so that they can be dealt with before April 6 next year.

“It is also important for landlords to tie up any other loose ends such as occupiers on a tenancy of sufferance whose lease has run out as the new regime will make it more difficult to take action to recoup rent arrears and landlords should also serve notice immediately on any sub-tenants and recover any money that is due as quickly as possible.”

Going forward, Mr Bird believes it is inevitable that landlords will have to change their own practices to accommodate the changes brought in by the CRAR regime and that could ultimately be bad news for everyone, including the tenant who the legislation is ultimately supposed to support.

He said: “In many people’s eyes, this new legislation is a sledgehammer to crack a nut and is unlikely to do tenants any favours at all in the long run. Landlords will continue to have to protect their own interests and this will mean that they will inevitably look at areas like increasing rent deposits and significantly tightening lease conditions on service charge arrears.

“There are other areas for landlords to consider by way of mitigating some of the impact of the new regime. For instance landlords may want to consider separating mixed commercial and residential lettings into different leases so that CRAR can be applied to the commercial element.

“A court can also waive the need for seven days notice so thought needs to go into whether the time and cost is justified for such an order as well as the grounds for applying for such an order. With this in mind, landlords should also establish a relationship with a relevant enforcement agent as CRAR enactment requires very specific and detailed information.

“Most importantly it should not be forgotten that CRAR now just addresses recovering unpaid rent – landlords must ensure they have a strategy for recovering other debts from service charges on account to year end balancing payments and plan for any impact this may have on service charge cash flow.”

Only time will tell if the concerns of the property community – which ultimately represents landlords as well as tenants – are well founded and that antagonising one party in an attempt to address a perceived imbalance is a necessary move in the quest for natural justice, or is a more bureaucratic meddling that will ultimately be a boon for the lawyers rather than a recipe for a match made in heaven. 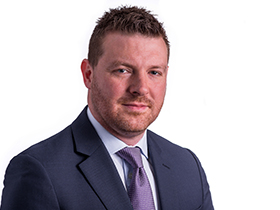