The near collapse of the global financial system in 2008 created, in the minds of regulators, a need for a series of reforms.

These reforms are designed to reduce risk taking and temper the impact of any losses sustained by financial organisations such as banks, pension funds, hedge funds, private equity firms, insurance companies and fund managers.

The near collapse of the global financial system in 2008 created, in the minds of regulators, the need for a series of reforms designed to reduce risk taking and temper the impact of any losses sustained by financial organisations such as banks, pension funds, hedge funds, private equity firms, insurance companies and fund managers.

The regulation: stronger requirements on capital reserves and risk management

Basel III proposals will result in an increase in capital reserve requirements from 4.5% to 10%. Under the proposals announced on the 27th October 2011 by EU Leaders after crisis talks aimed at solving the Greek/EU debt crisis, Eurozone banks will now be expected to ensure tier 1 capital reserves of 9% by June 2012, effectively bringing forward the implementation of Basel III.

In the insurance market, Solvency II will set out stronger requirements around capital reserves and risk management. The new rules rank different asset classes in terms of their perceived risk. Real estate investments require a 25% capital reserve, whereas the capital reserve for direct lending on real estate will be less than 10%. EU listed equities require 39% and to invest in unlisted funds, insurers may have to hold a capital reserve of up to 50%. Ironically, the proposals give a risk free weighting to EU Government bonds at a time when a 50% write down of Greek bonds is mooted.

The impact on banks: charging more for finance and prioritising prime properties

Banks will have to charge more to lend and they will lend less to higher risk assets, making the already tight finance market even more difficult to access. This is likely to further reduce the finance available for investment in secondary properties as banks prioritise lending to prime properties and/or reduce lending with higher LTVs. Indeed European banks, Eurohypo and Societe Generale have already pulled out of lending to property altogether.

There are two ways that Banks can increase their tier 1 capital reserves. They can raise new capital or dispose of existing loans. For example we are aware of over £2 billion worth of distressed real estate assets that were brought to market during the course of 2011.

It is widely acknowledged that distressed sales and deleveraging by banks will be of great importance as we progress into 2012. Lloyds Banking Group (LBG) have disposed of £600m worth of debt, secured on largely secondary properties, to private equity firm Lone Star, and RBS have sold £1 billion of property debt to Blackstone. Whilst this may sound a lot, it is the tip of the iceberg – LBG is in possession of around £25bn of property loans marked for disposal and the urgency of these disposals will now be increased as the EU looks to solve the Euro crisis. We expect the volume of debt sales to increase rapidly in the light of the new regulatory environment.

The impact on insurers: increased investment in commercial property

Insurers may fill some of the lending void left by the Banks. Insurance companies who want to increase their exposure to the property market might see this as an attractive option in lieu of directly investing in property. For example, the German insurer Allianz announced that they plan to lend approximately €1 billion to the real estate industry over the next year, concentrating initially on the German market, while Axa have also announced they will be greatly expanding the debt side of their business.

Solvency II will increase the attractiveness of Government Bonds over other assets for Insurers, but the proposals will also make direct investment in property more attractive relative to higher risk assets such as equities, hedge funds and private equity, so we expect to see Insurers increasing their weighting to commercial property over the next 18 months and beyond. Many institutional investors currently prefer exposure to property through a portfolio of investments in property fund of funds.

It is unclear how these funds will be considered for the purposes of Solvency II – capital requirements may be defined by the underling assets held (25%) or they may be treated as a higher risk asset, which could result in a capital reserve requirement of up to 55%. This, we believe, will increase the amount of direct investment in commercial property from the insurance market. With the implementation of Solvency II eighteen months away it is still difficult to fully assess its likely impacts, but a recent Prequin study reported that more than 40% of insurers believe Solvency II capital requirements will negatively impact their investments in private real estate funds, while a further third say it will prompt a revision of strategy.

The impact on commercial property: secondary assets will become obsolete

The commercial property market is already struggling to refinance the debt overhang from the credit crunch and new regulation will further reduce the availability and, or cost of debt from banks. The rigid nature of the new legislation implies that it will have a notable effect on the property investment market, in terms of the volume of available funding and also investor appetite for exposure to risk.

This will lead to an increasingly two tier market, effectively making prime properties the only space that institutional investors will seek to invest in and effectively rendering many secondary assets obsolete. Speculative development will no longer be funded through traditional sources – we expect alternative sources of finance will emerge once demand returns. 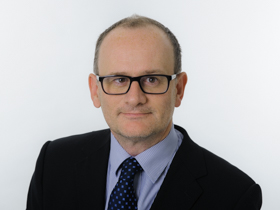