Dilapidations: the section 18 cap on damages

With tenants facing increasing financial challenges and concentrating on keeping their businesses afloat, the last thing on their minds is the repair of the landlord’s building.

Conversely, in this market, landlords have no choice but to extract every last penny out of their property. Not surprisingly, therefore, dilapidations arguments at the end of a lease are a significant talking point.

Too few landlords and tenants pay attention to the limitation on liability for dilapidations under Section 18 Landlord and Tenant Act 1927. Two aspects have potential to reduce dilapidations payments. Firstly, that the repair costs claimed shall in no case exceed the amount (if any) by which the value of the reversion in the premises is diminished; and secondly no repair costs shall be recovered if at, or shortly after, the termination of the tenancy the building will be pulled down, or such structural alterations made as would render valueless the repairs.

The first of these points involves calculating what is known as a S18 Valuation, a notoriously difficult and specialist area. This valuation process requires a ‘Before and After Valuation’, the landlord’s loss being quantified as the difference between the ‘Value in Repair’ and the ‘Value Out of Repair’. The actual valuation will depend on the circumstances and the market for the asset.

The biggest mistake, whether acting for landlord or tenant, is for the valuer to simply accept the Schedule of Dilapidations as constituting matters of repair which will have an effect on value; too many valuers simply transfer the whole repair cost into the calculation. Firstly S18 relates only to matters of repair and many Schedules include other matters, for example reinstatement. Secondly not all matters listed will necessarily have an effect on value.

For example, in the case of a large old warehouse, does it really matter to the prospective occupier, whether owner or tenant, that the walls are not pristinely painted? The fact that the roof leaks, or the loading doors will not close on the warehouse, may be important but the fact that there are fixing holes left in the wall of the WCs is unlikely to be of any great importance.

Equally it must be remembered that some works to retail premises in particular might increase the value of the landlord’s reversion and this point, whilst rare, is often overlooked.

Redevelopment and other structural works

In cases where outright redevelopment is proposed, well informed landlords will rarely prosecute dilapidations claims. There exist, though, half way houses where some repair items may survive the development scheme. For example, the structure and roof may be retained with internal work forming the main changes. In such cases the landlord may retain a claim that these remaining items are out of repair and seek the cost of rectifying these items.

In the current climate it is common to see the landlord refurbish the building. In such instances it is often argued by the tenant that the landlord’s works will supersede the tenant’s repairs. While a valid argument, it is not always that simple.

This point was considered in the Technology and Construction Court last year in the case of PGF v Sun Alliance. In that case the judge decided that some of the tenant’s repairs i.e. replacing carpets, would have had value to the landlord as they could have been removed before the landlord’s works, stored and refitted. While there are mixed views as to the practicality of such a solution, this is a timely reminder that the supersession argument may not get the tenant off the hook entirely.

When valuing leasehold interests, and in difficult markets, it is not uncommon to have to offer reverse premiums to attract a purchaser. Effectively the value of the property is negative. Notwithstanding that a negative value is likely to arise, the principles of the valuation are no different either ‘In Repair’ or ‘Out of Repair’. The end result is simply a larger negative value in the ‘Out of Repair’ scenario, and this still results in a diminution in the value of the landlord’s interest.  This point was recognised in Shortlands Investments Ltd v Cargill: such loss is recognised and should be treated in the same way as a loss where the values are positive.

The cap on damages and Section 18 valuations are rarely straightforward. In our experience, too little thought is put into the preparation of S18 valuations and too many broad assumptions are made. These can lead to both parties having an overly optimistic view of their position. An experienced valuer - familiar with the principles of S18 - is the only guarantee of an accurate assessment.

To find out more - David has contributed a number of articles on the subject of dilapidations to leading trade publication, Estates Gazette. To read the full articles, download the PDF.

Dilapidations: the section 18 cap on damages Viewpoint
View all content 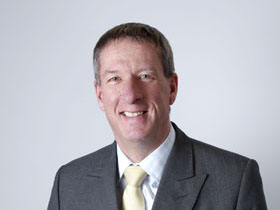