The North East surged to record-breaking annual take-up of 7.8m sq ft in 2018, underpinned by two major deals for Amazon, according to our 2019 Industrial & Logistics Market Report.

The North East surged to record-breaking annual take-up of 7.8m sq ft in 2018, underpinned by two major deals for Amazon, according to our 2019 Industrial & Logistics Market Report.

Deals for giant logistics centres at Darlington (1.5m sq ft) and Durham (2m sq ft) together accounted for around half of the region’s total take-up and were the UK’s two largest deals of 2018.

The region was the UK’s standout performer in 2018, with take-up more than twice its 2017 level and almost 50% above its five-year annual average.

The North East was one of only two regions to buck the downward trend for take-up of mid box units, with an increase of 19% thanks to demand driven largely by manufacturing occupiers.

There was not such good news at the smaller end of the market, which experienced below-par take-up of 1.8m sq ft, one of the lowest returns of the past decade and 28% below the trend level.

Supply remains a major challenge. While several UK regions have witnessed a degree of recovery, total availability in the North East contracted by a further 11% during 2018 to a new low of 8.5m sq ft.

Strong take-up at the larger end of the market was reflected in this position; logistics supply fell 17% while mid box supply halved to 780,000 sq ft. Grade A supply accounts for only 9% of availability, the lowest proportion of any UK region.

The only positive sign is that several smaller spec schemes have come forward, such as Infinity Park, Hebburn and Baltic Park, Gateshead.

Despite the tight supply situation, rental growth has been muted compared with other parts of the UK. Only Newcastle has seen a tangible movement in prime rents in recent years, rising a further 4% in 2018 to £7.25 per sq ft. Movement in secondary rents has been clearer, with Newcastle and Sunderland recording growth of 6% during 2018.

“Amazon rightly tales the headlines for two huge deals in the North East, which will bring a significant number of jobs to the region and reinforce its investment potential. But look beyond these deals and you find there is less depth to the activity than usual.

“The acute level of supply is compounded further by a dearth of quality space. This reflects an ongoing reluctance towards speculative development which needs to be addressed.” 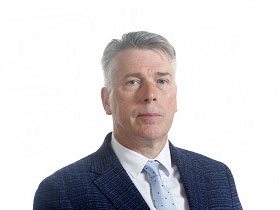