A further 3.5 acres of employment land has been sold at Magna Park in Poole, Dorset, by joint agents Lambert Smith Hampton and Vail Williams.

Acting on behalf of WH White, the sale to developer Fortitudo completed last month (MARCH) after the purchaser gained planning consent to build 48 industrial units on the site.

This follows the recent sale of 2.7 acres at Magna Park, to a local business which intends to construct its own 40,000 sq ft storage and distribution warehouse.

Lambert Smith Hampton, with offices in Southampton and Fareham on the South Coast, is joint marketing agent of Magna Park with Vail Williams.

"From our initial viewing with Fortitudo, they could see the potential that the site provides and which would allow them to expand into the industrial market."

"In a market with decreasing supply and strong demand, the proposed development will provide much needed new build premises."

"We have been involved in similar new build schemes locally that have proved successful and are confident there will be excellent interest in proposed development by Fortitudo, as well as the remaining land."

"There is a shortage of large-scale employment land within Poole and the wider BCP area."

"Our recent success shows the demand from both owner occupiers and developers, which is ultimately increasing employment land values."

"The proposed development of the land at Magna Park will deliver jobs and help meet commercial demand for high-quality distribution and production units in the conurbation, which, at nearly 400,000 people, is larger by population size than the cities of Portsmouth, Southampton and Cardiff."

"Magna Park’s benefits from being three miles from the A31, which is the main route between Dorset and Hampshire and provides access to Southampton and the national motorway network to the east and the A35 to the west."

Lambert Smith Hampton and Vail Williams are jointly marketing the remaining circa 2.5 acres of land at Magna Park. 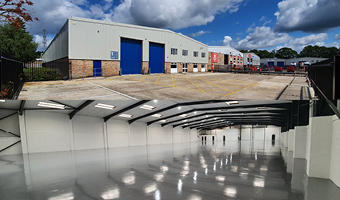 LSH appointed by Aviva Investors in Hampshire News We are marketing Units 1 and 4 at Boyatt Wood Industrial Estate and Unit 6 at the adj... 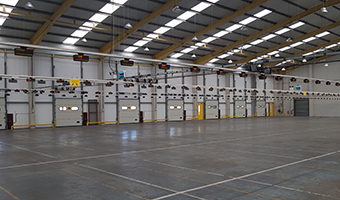