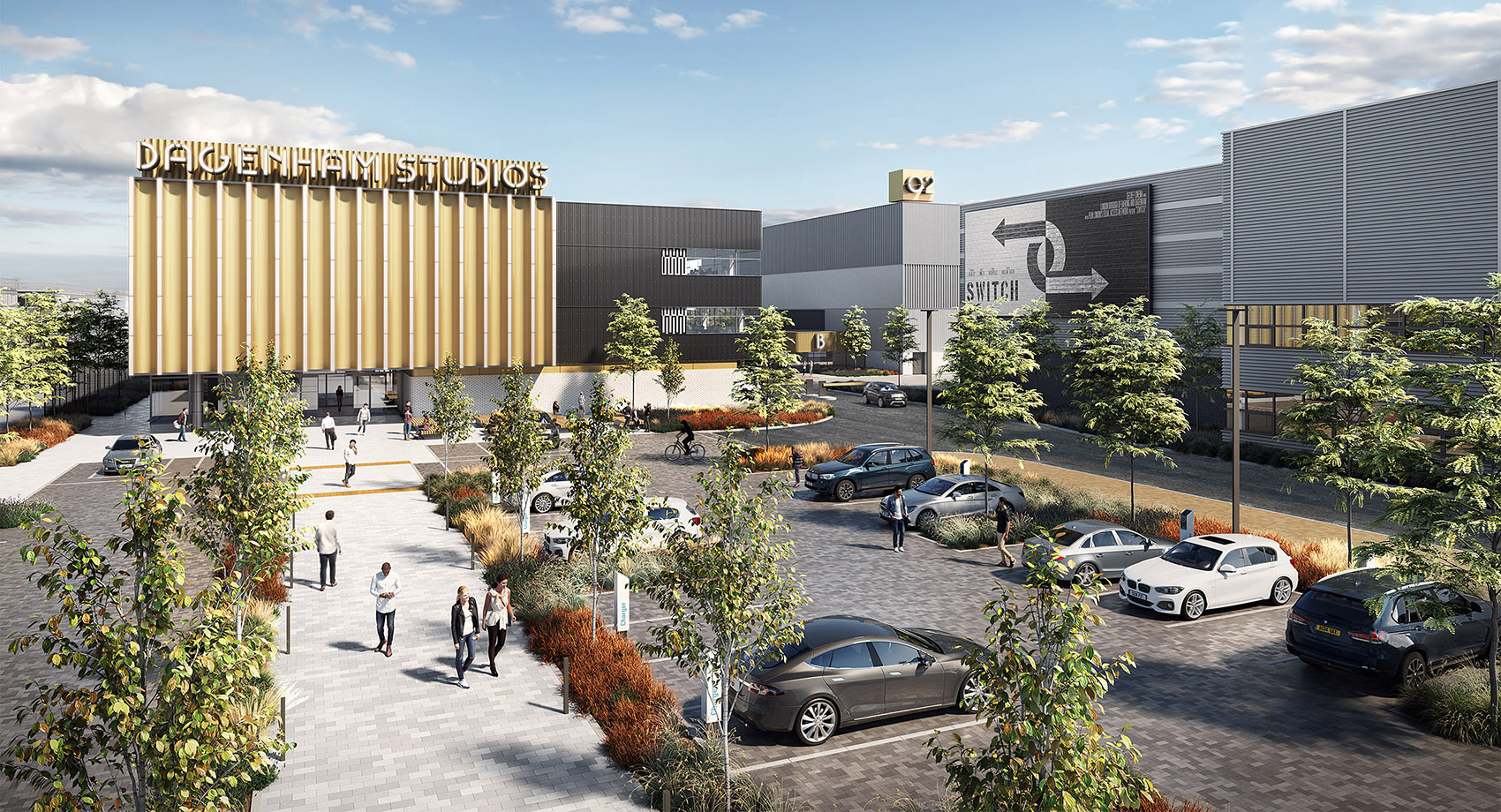 The project comes with planning permission, and HCP’s ambitious plans include up to 12 sound stages, three acres of backlot, offices and ancillary space, totalling over half a million square feet. HCP’s hundreds of millions in direct investment will also involve an endowment to maximise local jobs, placements, apprenticeships, community outreach and supply chain opportunities.

The studios will be a major boost for the borough, the entertainment industry and the capital, creating an estimated 1,200 jobs, contributing £35m per year to the local economy and inspiring more development into thriving East London. The capital has a hugely successful film and TV industry and, with more than £3.6bn spent in the UK last year on film and high end television production, it will play a key role in London’s economic recovery. Following work by Film London and the British Film Commission to help the industry through the pandemic, it is currently estimated that over 85 per cent of film and TV production is running again, supporting more than 100,000 jobs, with the majority in London and the South East.

The UK is one of the most sought after countries in the world for major feature film and high-end television production. The Dagenham site will add much needed sound stage capacity to the overall industry.

"This project started when the studio market was in its absolute infancy. The Council deserves a tremendous amount of credit for their foresight, drive and determination in the face of widespread scepticism. The acceleration in investor interest in the sector in the last year has been incredible and we are delighted to have played a part in now making the project a reality. The site will be leased to HCP on a 250-year basis. Building work is set to start next year and filming could start as early as mid-2022 with the studio fully operational by 2023".

"Today we’re making history. Dagenham used to be famous for factories and Fords but in the future, we will be equally famous for making films. It’s not for the glamour or glory. It’s about bringing in thousands of jobs, providing education and training opportunities for local young people, and giving people hope in these gloomy COVID times. So, I am hugely proud to announce HCP as our partner. They are the right people at the right time. It’s the ‘reel deal’ for our borough, London and the UK. Movies will be Made in Dagenham."

"We are proud to be partnering with Councillor Rodwell and his team to bring this exciting project to fruition. Together with the diverse and talented people of Barking and Dagenham, our investment will help write the script for the next iteration of ‘Made in Dagenham’."

"This is a very special moment for Dagenham, our capital and all those who have been working hard to realise this bold vision of bringing new world-class film studios to East London. It is a very significant investment and boost to our economy that will create 1,200 jobs, inspire further development and creative opportunities, and secure our position as a global capital for film and TV. We are already seeing that the success of this industry will help our economy to recover from the impact of the pandemic, and these studios will play a key role in our city’s future."

"These new world-class production facilities in East London will quickly deliver significant and necessary additional infrastructure to meet the demands of the UK’s booming creative industries, while creating generational opportunities for the local community."

"We’re thrilled to take another step closer to bringing this new film studio to life. We’re really looking forward to welcoming HCP to the borough and working with them to make this a reality. When we took the decision to set up our pioneering urban regeneration company, Be First, to accelerate the pace of growth in the borough, it was precisely this kind of transformative project that we wanted them to deliver with us and the private sector. There’s no doubt that welcoming a world-class film studio to Dagenham East will support the long-term success of the UK’s booming film and TV production industries. The studio will not only boost our local economy, benefiting local people by creating 1,200 much needed jobs, it is also expected to pump £35 million a year back into the UK economy."

"Having received some really strong bids from very experienced parties in the industry, we decided Hackman Capital Partner’s proven, track record, global reach and strong relationships with major content providers made them the outstanding choice. HCP not only understand our desire to build world class studios in Dagenham they also understand their social responsibilities with their commitment to work with the community to create quality jobs and opportunities for local people."

"This investment is fantastic news for the screens sector, for east London and for the UK. It’s a real vote of confidence in our industry’s ability to return to the growth we saw prior to the pandemic and exceed it in coming years. With our industry COVID Guidance in place, over 85% of high-end UK productions are safely starting up again, creating the outstanding content audiences are craving. Hackman Partners bring extensive industry expertise of building and running studios around the world and will be a significant additional asset to the UK Film and TV infrastructure ecosystem. Today’s announcement is proof that the private investment climate is resilient and bold decisions such as this will further bolster London and the UK’s world-class studio offer, supporting economic growth and creating new jobs."

The UK needs 1.9 million sq ft of new film and studio space to meet content demand News The UK’s film and TV studios are struggling to cope with surging demand for space.
View all content