London’s global appeal as a tourist destination has generated strong demand for its hotel rooms in recent years, which has resulted in extremely robust levels of trading performance.

Looking ahead, it appears that investor demand for hotel assets across the UK’s capital is set to remain steady for the foreseeable future, as both UK and overseas investors continue to invest in the city’s alternative real estate.

Leaving to one side the short-term hiatus caused by the Referendum, the buoyancy of the central London hotel market has been fuelled by international buyers from Asia, the Middle East and Europe, who not only see London as a stable investment option but are attracted by the capital’s strong hotel trading performance and the global lure of London’s property market.   With London still seen by many as a relatively safe haven for investment, and overseas buyers looking to take advantage of a relatively weak sterling, we believe that investment demand is unlikely to falter.

However, from an operator’s point of view, after a period of relative calm and strong earnings, we can see that London’s hotel market is facing some fresh headwind, in particular the shortage of skilled labour and rises in payroll, including the increase in the National Living Wage which came into force in April 2016.  The minimum hourly rate for over 25's is currently set at £7.83 per hour, with a target figure of £9.00 per hour in 2020.  Likewise, the introduction of the Workplace Pension will impose added financial pressures on many hotel owners as employer pension contributions rise to 3% from April 2019.

Another consideration is the injection of new hotel stock into the London market. The supply of bedrooms in the capital has increased by 20,777 over the past five years.  On top of this there is an active pipeline, with around 5,400 bedrooms to be added in 2019 and a further 4,788 rooms coming online in 2020. Inevitably, this will place pressure on top line performance. Additional pressure on hotel profits continues with online travel agents now  accounting for approximately 70% of all online bookings.  With commission payments representing a significant outgoing for operators, some hotel companies are choosing to invest heavily in digital marketing with a view to reducing their own reliance on third party agents.  Overall, we can see that it is the less well located and poorer quality properties that are likely to suffer to the greatest extent from new competition.

When it comes to key deals, we can see that 2019’s transactional landscape in London has been shaped by the recent high profile sale of four Grange hotels (Grange St Paul’s, Grange Tower Bridge, Grange City, and Grange Holborn) comprising around 1,345 rooms, to Queensgate Investments for a reported £1bn. This follows Queensgate’s 2017 acquisition of the Generator Hostels for a reported £450M from Patron Capital in 2017.  These transactions clearly demonstrate the robust level of demand for hotel real estate in London,  which despite the political and economic climate in Q2 2019, looks set to continue. 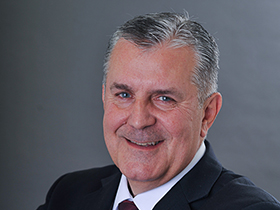