Lambert Smith Hampton has been appointed as the management and leasing agent on Sprucefield Retail Park following NewRiver REIT’s recent acquisition of the scheme from Intu Properties Plc for £40m. 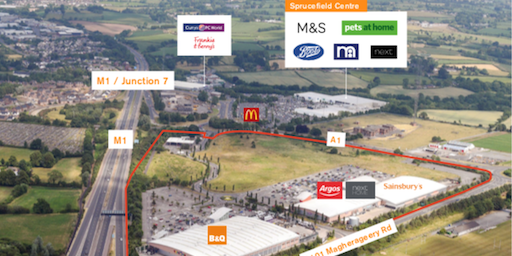 Keith Shiells, director of LSH, who acted on behalf of NewRiver during the transaction with Intu Properties, said:

“We are delighted to be appointed on Sprucefield Retail Park and to continue our relationship with NewRiver on another scheme. This is a popular shopping destination with two strong anchor retailers which attract a high level of footfall. It benefits from an excellent location, close to the main arterial motorway for Northern Ireland, and a competitive rent which makes it an ideal scheme for large scale retailers keen to expand their current footprint in Northern Ireland. There are already a number of interested parties and we expect to be able to add to the offering with exciting new additions in the near future.”

“We are delighted to have acquired Sprucefield Retail Park, recognising it as one of the leading retail destinations in Northern Ireland. This marks our second acquisition in Northern Ireland as we also own the Abbey Shopping Centre in Newtownabbey, an excellent community shopping centre which we have invested just under £10m in to date to further improve it since acquiring in 2014.

“As well as further enhancing the strong line up of retailers on Sprucefield Retail Park we are working up development plans for the 18 acres of land which may include a combination of retail, leisure and potential for a drive-thru. We’re thrilled to continue our working relationship with the team at Lambert Smith Hampton as we progress our asset management and development plans here in Sprucefield.”

Popular Botanic Avenue property sells following significant investor interest News A well-known property in the Queen's Quarter of Belfast has sold well in excess of it...
View all content 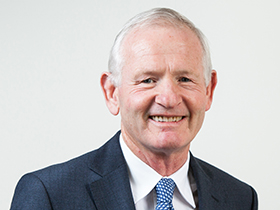