Under new powers introduced by the Town and Country Planning (Permission in Principle) (Amendment) Order 2017, developers now have the right to benefit from a fast-track ‘Planning in Principle’ (PIP) power, giving them automatic planning consent for small housing schemes across England.

Although legislation for PIP was first introduced in 2016, it only applied to sites that were either designated by a local planning authority (LPA) on a new brownfield land register as suitable for housing, or where a site is allocated for housing in the local plan. The extension of the powers, which came into force on 1 June 2018, now means that small schemes which fall outside these restrictions may now be brought forward.

The scope of PIP is far reaching and, broadly speaking, any site can be considered providing it meets the following criteria:

PIP can also be applied for on part of a larger site, where the proposal is not major development or another form of exempt development.

There are, however, some exclusions:

The PIP process is fairly straightforward. Firstly, a proposed residential development must make an application for PIP, which the Council has five weeks to approve or reject. Once PIP has been granted, full consent is then achieved through a Technical Details Consent (TDC) application.

For sites where PIP is granted by application, the consent lasts for three years compared to five years for sites granted via a brownfield land register. Local authorities can modify or revoke a grant of TDC, as they can with a planning permission and they can also consider non-material changes to a grant of permission in principle. Separate TDC applications for different phases of development are, however not permitted.

Helen Marks, Director of Planning and Development Consultancy at LSH, commented: “There are significant benefits for landowners and developers looking to bring smaller sites forward for residential development by the changes introduced in June.

“Essentially, there are fewer costs involved, with application fees of £402 per 0.1 hectare of the site area; a fraction of what they would historically have paid. It also has the advantage of offering more certainty than the pre-application route where the timescale for receiving a response is less certain and local authorities have been known to alter their position once a planning application has been submitted.  There is also scope for those smaller sites where landowners are looking to understand whether residential development may be feasible without any significant expenditure.

“It will be interesting to see how many applications are submitted over the coming months.”

Major roadside services in Redcar gets go ahead News Our Planning, Development and Regeneration team has secured outline consent from Redc... 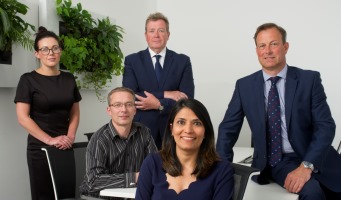