Portsmouth takes on Southampton in the retail stakes

Retail property specialists at Lambert Smith Hampton say Portsmouth has stepped up its challenge as a shopping rival to Southampton as the city prepares for the opening of a £16.2 million development which includes a sports superstore.

Retail property specialists at Lambert Smith Hampton say Portsmouth has stepped up its challenge as a shopping rival to Southampton as the city prepares for the opening of a £16.2 million development which includes a sports superstore.

LSH South Coast predicts that Portsmouth Retail Park in North Harbour will continue to 'rebalance' the retail offer in south Hampshire, where Southampton has traditionally dominated.

Construction is now well under way at Portsmouth Retail Park, which has been bought by Portsmouth City Council. LSH acted as joint letting agents on all of the retail units, as well as joint funding agents in the sale to the city council.

John Butt, retail director for LSH South Coast, said: “We are delighted that the scheme is now fully pre-let and it demonstrates the strength of retail demand in Hampshire, even with the uncertainty of Brexit.

“Much has been said about the strength of online retail, but bricks and mortar developments are still being taken and are now emerging in more varied formats than the older style ‘big box’ retail parks

“We have been pleased to have been site acquisition and letting advisers on a number of schemes in the region over the past 10 years and have seen a gradual rebalancing of the retail offer in Portsmouth and at the eastern end of the M27 corridor, where before Hedge End and Southampton dominated the region.

“We have advised developers on Solent and Central Retail Parks in Havant, Wellington Retail Park and the new Lidl and McDonalds in Waterlooville, and now Portsmouth Retail Park in Portsmouth. This is nearly 500,000 sq ft of retail space and indicates the buoyant economy of the region.”

LSH acquires six acre industrial site in Basingstoke on behalf of Kier for immediate redevelopment News Lambert Smith Hampton, which acted for Kier Property on the acquisition of the site f... 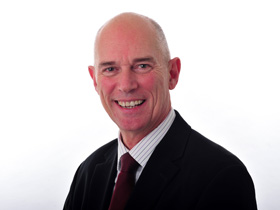