Housebuilding 'surge' will be controlled

Radical new planning measures announced by the Government may not lead to an immediate surge in house-building in Bristol and the South West, according to LSH.

Within a wider Government publication - Fixing the Foundations: Creating a more prosperous nation - a series of reforms have been presented to act as a mechanism for the delivery of housing as part boosting wider economic growth.

Mr Osborne said he wants residents in London to be able to build extra storeys on their properties without planning approval from their local council.
Speaking at the launch of the document, Mr Javid said a new “zonal system” will give automatic planning permission for all suitable brownfield sites. He added: “If a council fails to produce a suitable local plan, we’ll have it done it for them.”

Marcus Plaw, planning director at LSH in Bristol and the South West, said: “The Government’s clear statement that the UK has been incapable of meeting demand for new homes means that immediate and perhaps radical measures need to be applied.

“The measures suggested included legislating to grant planning permission in principle on brownfield land that is suitable for housing and this has grabbed the headlines.

“However, before we get too carried away, clear and effective legislation will need to be put in place to deliver some of the document’s commitments. This will take time and, it must be said, there has been a tendency for more recent policy changes to lack adequate clear guidance to ensure their immediate, effective application.“

He added: “An approach to developing at higher densities proximate to transport hubs appears a sensible approach.  However, the reality is that where increasing residential densities affects building design the context and setting must still be considered.  The application of this approach will probably work more successfully in new urban extensions of expansive regeneration areas rather than established or historic areas.

“Using the Nationally Significant Infrastructure Projects (NSIP) regime could be an expeditious method for delivering homes – though the housing must be as part of a National Strategic Infrastructure Project and what this means in reality is ambiguous.  However, as such Projects progress under a strict timetable and against a narrower planning policy framework this could provide a good level of certainty for the development industry and investor markets.

“Housing delivery through NSIP is a notable change and one that perhaps could be a precursor for future changes to deliver larger strategic sites as Nationally Significant Infrastructure Projects in their own right.  It will be a matter for clear legislative control, monitoring and corrective measures by the Government to see whether this and other initiatives are delivering the housing numbers targeted before the election.” 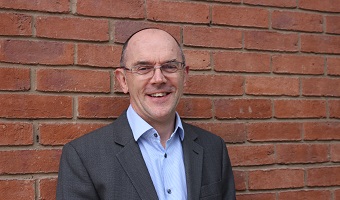 Senior hire for LSH's growing planning team News LSH has announced the appointment of new director Dale Evans, as it further expands i...