In a fabulous night hosted by The Business Magazine and compered by Gyles Brandreth at Ascot Racecourse, the Lambert Smith Hampton Thames Valley team was recognised as THE commercial property consultancy of the year and short-listed as the industrial and logistics agency of the year.

Our guest of honour, Anne Columbia, won real estate executive of the year award for her involvement in the TripAdvisor/LSH relocation project and there was also a well-deserved outstanding contribution award given to Nick Coote.

COMMERCIAL PROPERTY CONSULTANCY OF THE YEAR
WINNER: LAMBERT SMITH HAMPTON
After London, the Thames Valley is the next largest property market in the UK by volume of deals and density. This award is given to the property consultancy that has completed significant commercial and tenant deals in the office sector across the region during the qualifying period.

Nick Coote, Head of the Thames Valley for LSH collected the award and explained: “This award is important because it recognises the breadth of services that we deliver – from agency to capital markets to valuation to planning and development.

“As the most significant region outside London, the Thames Valley is a key driver for the success of the south east market. LSH continues to dominate here due to the strength and determination of a driven and joined-up team.”

Well done to everyone in the Thames Valley team – a great effort!

OUTSTANDING CONTRIBUTION AWARD
WINNER: NICK COOTE
When the winner of this award was described as being a larger than life character, we had an inkling that Nick may be the recipient, but all doubt was removed when his beloved Swindon Town FC was mentioned.

As a property industry stalwart, Nick is both respected and liked by everyone across the board – clients, colleagues and even competitors! The reception that he was given demonstrated that everyone in the room thought he was a very deserving winner.

David Murray, Editor of The Business Magazine, explained why Nick was chosen to receive the award: “When the judges came to discuss this category, a couple of people recommended Nick and the agreement was unanimous. He IS the Thames Valley personified! He is always flying the flag for the region and is a positive contributor to its success.”

Well done Nick – LSH is proud of you!

REAL ESTATE EXECUTIVE OF THE YEAR
WINNER: ANNE COLUMBIA (TRIPADVISOR)
Anne was nominated for her work with Lambert Smith Hampton to relocate TripAdvisor within the Thames Valley when others were recommending a move abroad, a project that raised the profile of the region to the international market.

Anne’s role saw her set the strategy for the TripAdvisor’s Thames Valley businesses to accommodate their growth and operational needs whilst consolidating into a single location.

This transaction is notable as Anne and LSH had to identify a new property solution to satisfy the strategic need. This was a very challenging project as the Oxford office market offered a very limited quality office supply.

Anne developed a solution, across two buildings as no single building existed in order to keep TripAdvisor in Oxford. TripAdvisor acquired the 30,000 sq ft Hinshelwood Building by means of assignment from Hewlett Parkard and then 15,000 sq ft at Fletcher House (close by) via a new lease direct from Oxford Science Park.

So keen was she to join the LSH team for the evening that Anne flew over from Boston, USA, and back within 24 hours! We were delighted to have her with us and even more so when she won, beating off stiff competition from Equinix.

Congratulations Anne – we look forward to working with you on the next venture! 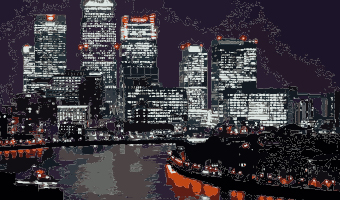 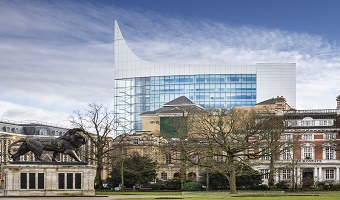 Aviation technology firm set up new Reading HQ News We have successfully agreed a new lease at Reading’s most iconic office building, The...
View all content