York has the best prospects for economic growth of any major northern town or city, according to new research published today by LSH.

The Yorkshire town was the only destination in the north of England to make the top 10 of LSH’s annual ‘UK Vitality Index’ which reveals those towns and cities best placed to support economic expansion over the next 12 months.

The ‘UK Vitality Index’ assesses the UK’s largest towns and cities outside London to provide a health check of their local economies and identify which are most robust, are best positioned to support growth and will provide the greatest opportunities for businesses to expand.  The results are based on the analysis of 20 datasets, with each location ranked within six separate categories: most productive, fastest growing, most entrepreneurial, best educated, greenest and most affluent.

Oxford and York are both new entries into the top ten this year, on the back of greater corporate investment and an increase in the number of recent business start-ups respectively.

York scored particularly highly in the ‘Most highly’ educated index which looked at educational attainment of residents from GCSE results to university. The town achieved a score of 28 out of a possible 30 – on a par with Oxford and Cambridge.

York was also identified as one of the greenest places in the UK when household recycling, energy consumption and CO2 emissions were all taken into account.

The report also identifies Manchester, Northampton and Derby as the most significant improvers over the past 12 months.

Contribution to the region

Matthew Scrimshaw, head of LSH’s Yorkshire and Northeast region, said: “There has been much recent talk of creating ‘northern powerhouse’ to rival the economic strength of the south-east and it easy to forget the critical part successful and affluent towns like my home town of York will play in this process.

“While much of the larger industries and major infrastructure projects are centred around cities such as Manchester, Leeds and Sheffield, the long term success of this region will be as much about knowledge and entrepreneurialism and these are two areas that sit right at the heart of York’s growing success story.”

Ezra Nahome, CEO at LSH, added: “The country’s major towns and cities have made a considerable contribution to economic growth over the past 12 months, and our research suggests that they will continue to do so in 2015.

“Almost 80% of UK GDP is generated outside London so it is vital not to overlook the importance of the regions to national economic and business expansion.

“Guildford is the top-ranked city in our index. The town benefits from being home to one of the country’s most respected universities and is set to attract considerable investment over the next year or so, including a £150m regeneration scheme based around the railway station.

“Although the South East remains the best performing region – half of the top ten is located in the area – it is encouraging to see York joining the top tier for the first time and destinations such as Manchester, Northampton and Derby climbing up the rankings.  All of the regions have an important role to play in delivering economic prosperity and it appears that they are making progress in fulfilling this obligation.”

Visit the 'UK Vitality Index' microsite to find out more.

LSH Expands Industrial Agency Offering in Yorkshire News We continue to recruit specialist expertise to strengthen our Industrial and Logistic... 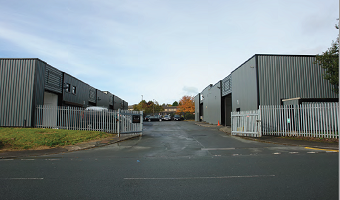