Acting for one of Japan and Asia's largest food manufacturers, we have acquired office space at Chiswick Park to support its business expansion into the UK.

The Mizkan Group is one of the largest privately held food companies in the world and is headquartered in Handa, Japan.

In June, it signed an agreement with Premier Foods to purchase the Sarson’s and Hayward’s brands, and this month added Premier Food’s Branston brand to that portfolio. These are the first of many planned acquisitions to establish a competitive footprint in the UK and, by signing for 6,061 sq ft at Building 5 Chiswick Park, Mizkan will set up its UK headquarters here.

A 10 year lease has been signed with the landlord, Blackstone, after a lease surrender was agreed with former tenant, Paramount Pictures International. A rent of £44 per sq ft has been agreed on the third floor suite.

Nick Coote, Head of our Thames Valley team, commented: “Mizkan is expanding its operations in the US and, with those plans progressing well, the company has now turned its attention to the UK food market. Chiswick Park offers quality office space with easy access to London and Heathrow Airport, two of the company’s key prerequisites in order to link its UK team with international business.” 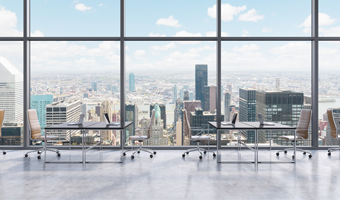