The 10 acre site was originally built in 1912 by British telecommunications company, Marconi. It was also home to the first radio broadcast in 1920. Marconi operated from there until 2008, when it sold the site to Ashwell Property Group. The freehold of the entire site has now been sold to Bellway, one of the UK's largest house builders.

Robert Neaverson, South Region Development Director at LSH, commented: “The Marconi site has a long history and is the largest - and arguably most high profile - site sale in Essex for a number of years.

The site has been vacant since 2008, and had a resolution to grant planning consent for a mixed use scheme of new homes and retail space, totalling around 1 million sq ft. Following a successful sale process, Bellway was identified as the preferred bidder.”

Judith Sargent, Head of our Chelmsford office, added: “It is very positive news for the Chelmsford and Essex market that a new owner is to drive forward much needed regeneration of this landmark site. The redevelopment will restore the site to preserve a genuine piece of Essex history, which is welcome news to the local market.” 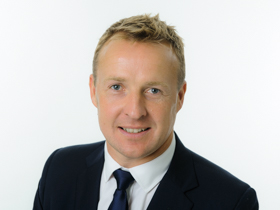