Regional focus: propped up by portfolios

Strong volume in portfolios, particularly in the living arena to overseas buyers, was key to Q4’s respectable overall showing.

The second largest deal of the quarter however, was a mixed-use scheme in Earls Court, where APG and Delancey completed the acquisition of Capital & Counties’ stake in the scheme for £425m.

REGIONS ON TREND
Collectively, the UK regions outside London enjoyed a respectable Q4, with total single asset volume of £4.9bn on par with the five-year average. There were however significant contrasts between regions. Echoing a pattern throughout 2019, the East of England performed strongly again in Q4, boosted by two major deals, including Deka-Immobilien Investment’s £145m purchase and lease back of a B&M Bargains warehouse. At the other end of the spectrum, the North West and Yorkshire and The Humber were subdued in Q4, with volumes 32% and 35% below their respective five-year averages.

PORTFOLIOS MAKE THEIR MARK
Portfolios represented almost a third of all investment during Q4, with £4.7bn transacting - a healthy 35% above the five-year quarterly average. Ten £100m-plus portfolios transacted during the quarter, while overseas investors accounted for 75% of portfolio volume. 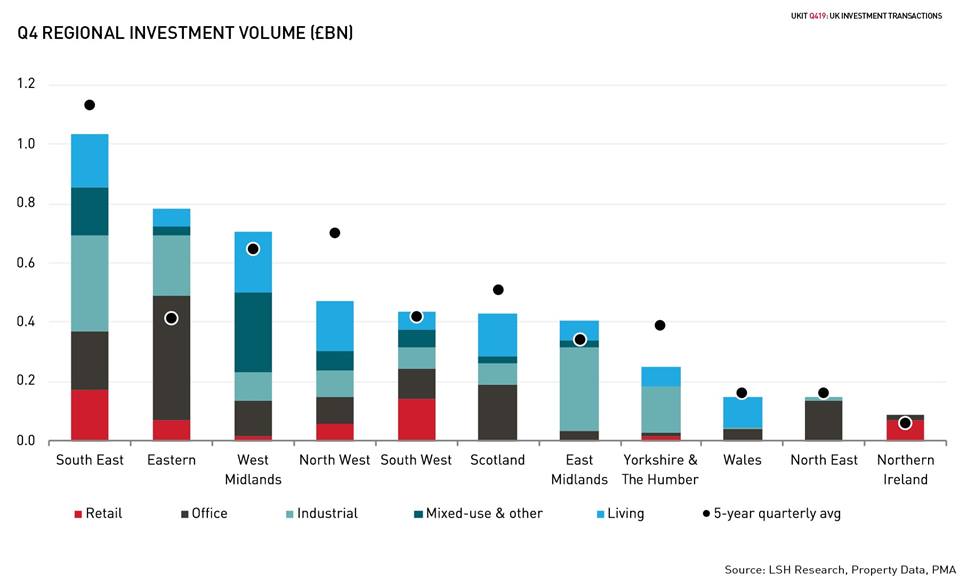 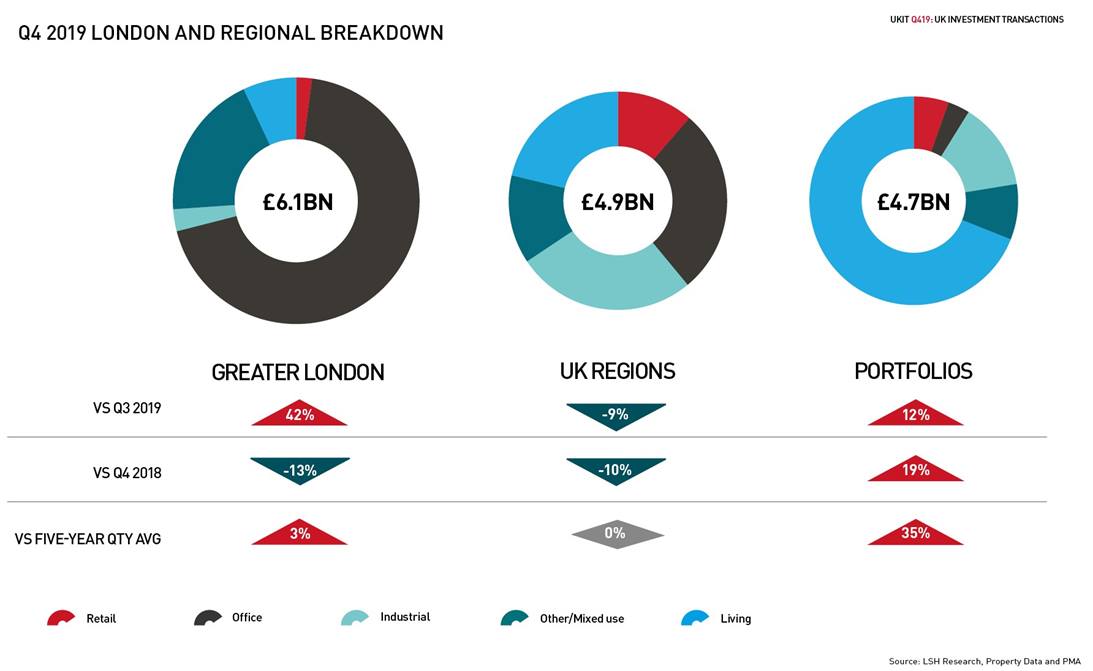 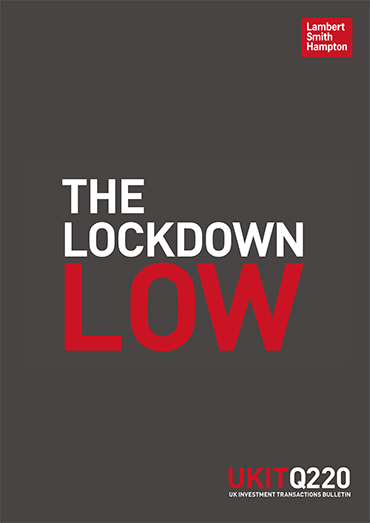