Q1 was more of the same from last quarter, with domestic investors remaining cautious and overseas buyers dominating at the larger end of the market.

At £8.8bn, investment from overseas buyers accounted for a record 68% of total volume in Q1, reflecting continuing strong global demand for UK real estate alongside relative apathy among domestic buyers. Activity was again concentrated in the living sector, which included the two largest deals of the quarter, namely the iQ portfolio and The Ritz hotel deal.

With the £700m purchase of The Ritz by a private Qatari investor boosting volume, Middle Eastern investment reached £1.2bn in Q1, the highest level since Q4 2014.

Institutional investment of £1.1bn was the lowest in five years and less than half its average level, underlining the ongoing caution in the market and nervousness around redemptions among the retail funds, many of which are now gated.

While institutions were net sellers for a fourth consecutive quarter, total sales of £1.3bn in Q1 was the lowest since Q1 2012. There were only two institutional sales over £100m: the £138m sale of Kings Mall by Schroder UK Real Estate Fund to Ingka Centres; and the £130m (NIY 2.65%) sale of 80 New Bond Street, London by Aviva Investors to Hines HEVF.

As is the recent norm, private propcos were net sellers in Q1, despite purchasing volume being 5% above the five-year trend. Private propcos sold over £1.0bn of assets in the living sector, including The Ritz hotel and Aviva Lime Property Fund’s forward funding of Rockwell Properties’ £106m Premier Inn hotel in Canary Wharf.

Q1 was a very quiet period for the UK REITS. While purchasing amounted to an eight-year low of £472m, sales were even more limited, making quoted property companies marginal net buyers during Q1. The standout deal was Impact Healthcare REIT’s acquisition of £64m of care homes, including the Scottish Holmes Care portfolio for £48m (NIY 7.40%) from Holmes Care Group.

COVID-19 prompted steep declines in the stock market towards the end of the Q1, and the UK REITS were by no means immune. Combined, REITs lost over £21bn, or 31%, of value since the start of year, which could result in a pick up selling later in the year. 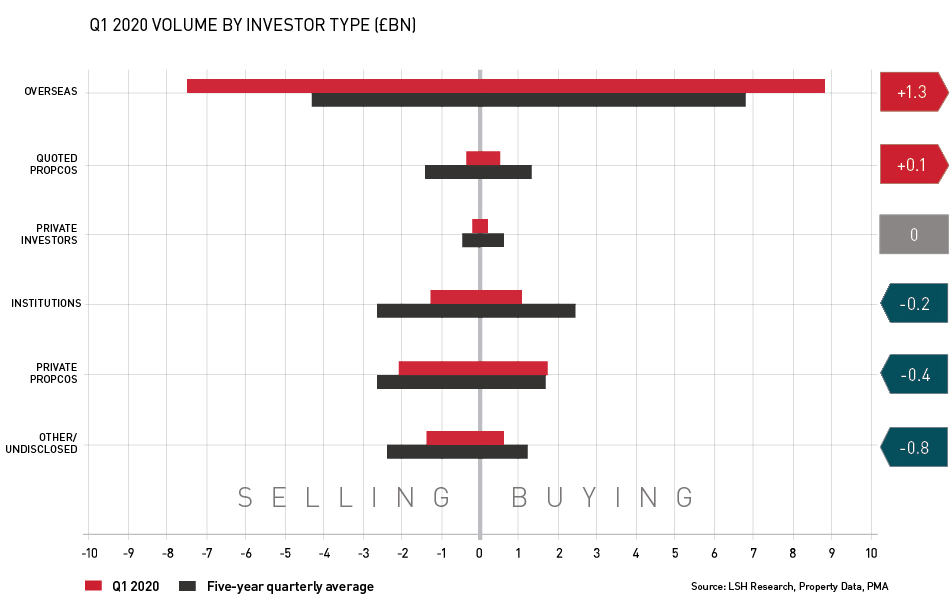 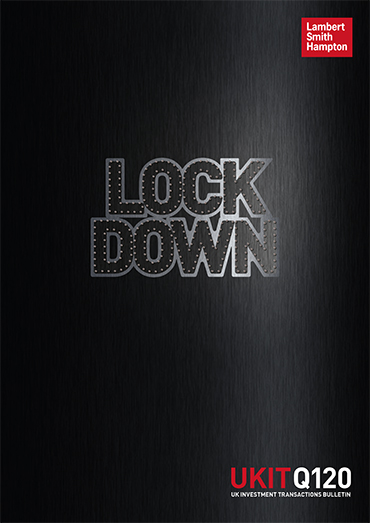