We advised Sunlife Europe Properties Ltd in the first substantial dilapidations case to be heard in court since the formal adoption of the Dilapidations Protocol in England and Wales on 01 January 2012.

We were an integral part of the team throughout the dilapidations process from beginning to end, closely liaising with all representatives throughout and culminating in appointment as independent expert building surveyor on this widely reported dilapidations case. In our capacity as expert, we gave evidence and were subject to cross examination in Court, where we represented Sunlife, alongside a specialist M&E consultant, independent Section 18 valuation surveyor, solicitors and leading Queen’s Counsel.

Over a six year period we provided the landlord Sunlife with detailed dilapidations advice and a number of fully costed Schedule of Dilapidations, which were updated at each key stage during both the pre and post contract works period. We also project managed the works on these office premises in Soho Square, in prime central London and were appointed as CDM Coordinator in respect to the same.

The tenant, Tiger Aspect Holdings Ltd, acquired the 17,650 sq ft offices as their headquarters in 2000, with a lease that was due to expire in 2008. A reverse premium of £490,000 was paid to Tiger upon assignment of the lease, because the property had not been properly maintained since the 1970s.

Tiger subsequently carried out limited internal aesthetic works to suit their bespoke occupational configuration requirements. By the time Tiger moved out in 2008 the property was left heavily altered and in significant disrepair, with no attempt having been made to undertake any dilapidations works prior to lease end.

Acting on behalf of the landlord Sunlife, we project managed works to reinstate, repair and redecorate the property with a total works cost of £1.9m. Making allowances for some accepted landlord improvement works to the WCs and certain other elements. Sunlife’s total dilapidations claim based on the works undertaken to the property was calculated at £1.7m at the trial, excluding loss of rent. Tiger’s initial response to the claim was £87,000, arguing that the claim be capped by the diminution in value of the premises.

A complex negotiation of dilapidations

Our dilapidations team and project manager ensured that the scope of works undertaken was properly considered and that the Schedule of Dilapidations was compiled and updated accordingly. Prior to the main contract works commencing, we recommended and commissioned the instruction of intrusive and physical testing of the M&E system installations shortly after lease end, which proved critical and decisive to the trial outcome.

A detailed technical analysis of breaches and remedy, the collation of suitably robust evidence and regular updating of the comprehensive but complex Schedule of Dilapidations and corresponding Scott Schedules were all undertaken during the negotiations period in an attempt to settle areas of agreement and disagreement between the parties. 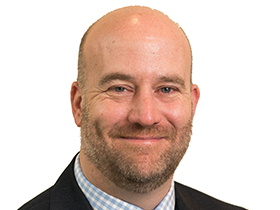